Want to lighten up? Pack wisely and use a running vest.

You’re a hardcore tramper, nothing less than multiday epics, or, at the quicker end of the scale, a cheeky overnighter. Your pack is no less hardcore: perhaps it’s canvas chosen for its indestructibility, one of the original 1990s purple Macpac jobs, or even a Mountain Mule.

If so, you’re missing out on the beautiful and brave new world of the running vest; particularly as this piece of gear applies to tramping. Yes, yes – they’re made for long-distance runners who need to stash their stuff, including compulsory safety gear. But whether or not you’re a runner, the humble running vest has applications that can be sensibly transposed to short walks, day tramps and even lightweight multi-day missions.

Running vests are designed with spaces and places to stash essential items so they can be accessed on the move. Things you might not need immediately can go in the back; meanwhile, you can grab your snacks, lip balm, sunscreen, phone, camera and so on without removing the vest. They usually have a hydration sleeve with a hose clip and water bottles at the front. Bottles are removable and can be left at home if a bladder will suffice.

The vest also has applications for on-field skiing. Traditional hydration systems tend to run too small to carry extra layers and food, while a backpack is often too big. The running vest is almost a contender for ski touring but generally won’t tolerate a shovel as part of your avalanche safety kit. However, with multiple attachments on the outside of nearly all vests, an ice axe could be carried. 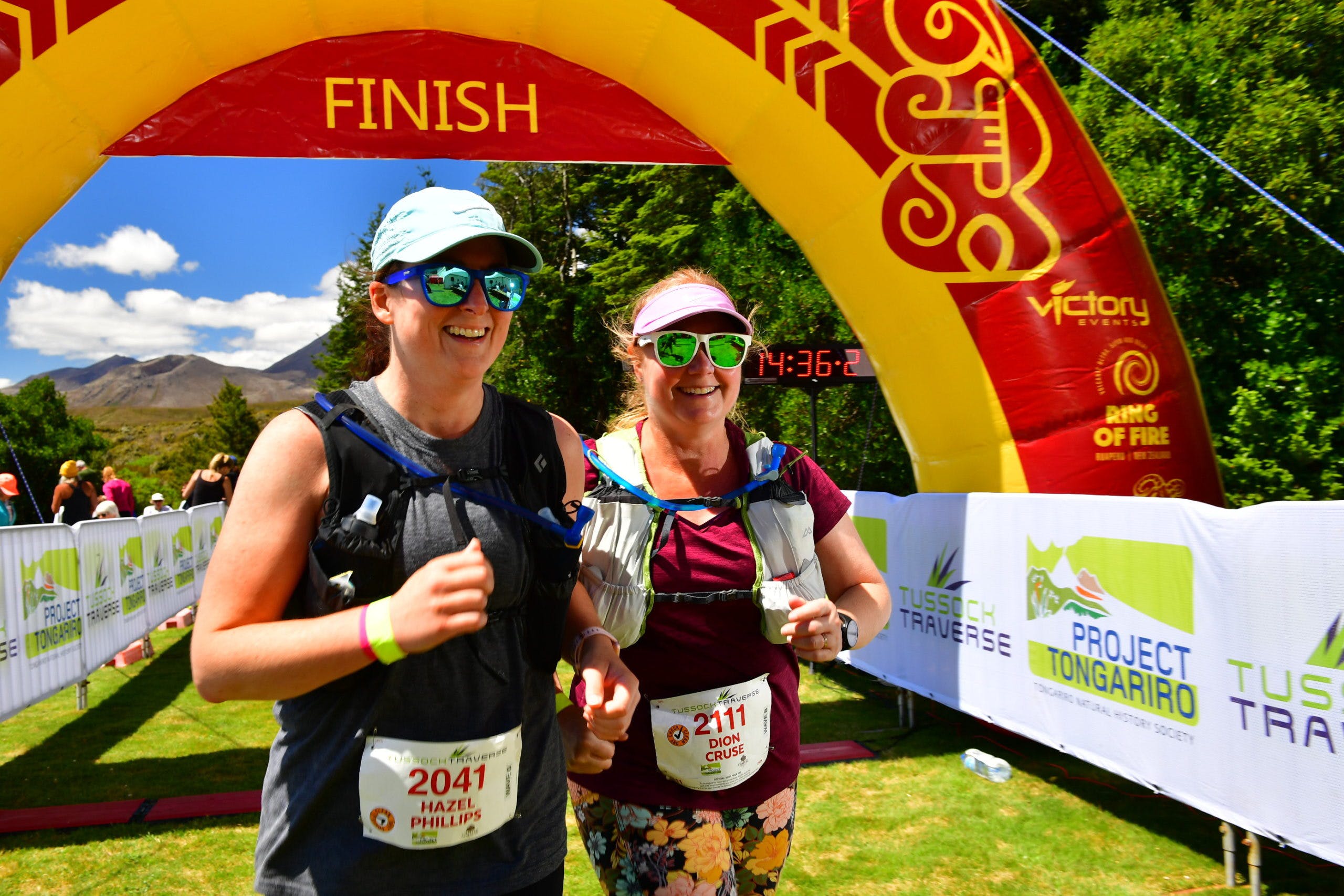 Hazel (left) putting her running vest to the use it was intended, but she says it’s also a great day pack, too

Alastair McDowell, who’s part of the NZ Alpine Team, is pioneering what he calls ‘trailpinism’ – a hybrid of trail running and light alpinism. The trailpinism uniform mixes running clothes, trail shoes, a running vest and a climbing helmet. McDowell regularly undertakes big mountain missions and can often be seen in his social media videos sporting a running vest. Trailpinism also involves crampons worn over shoes, rather than boots.

“I use my vest for any day trip, and I use a 15-litre vest for multiday (two to three day) trips,” McDowell says. “I think trampers would do well to include vest-style packs for tramping if they want to move more efficiently. Macpac and Ultimate Direction are both great brands for fastpacking missions.”

Choose wisely – running vests are not cheap. I initially bought a Salomon Advanced Skin 5 Set, a close-fitting women’s specific vest. When it arrived, I thought it looked dangerously flimsy, only to discover some of the material was ripping from day one and one of the flasks leaked. It cost $279 and I jumped through hoops with Torpedo7 to get a refund (yes, it is possible). A visit to Bivouac in Christchurch set me on the right path with a Black Diamond Distance 8 backpack ($269). Flasks cost extra so it was around $350 all up, but I reckon it was worth it – we’ve been together through two half-marathons and a handful of day walks and I’m sold. At eight litres, it’s got just enough room for a jacket, PLB, water, snacks and some essential medication and plasters.

There it is: the running vest, only not as we know it. Ignore its usefulness at your peril.