I wanted to try something that I’ve always wanted to do, but was always a little hesitant to try on my own – the route up to Cascade Saddle and then connecting to the Rees-Dart Track. With almost three months of hiking the Te Araroa Trail behind me, I felt confident enough to finally tackle this difficult alpine route.

From Raspberry Creek car park, it was a pleasant nine-kilometre walk along the valley floor covered in yellow wildflowers and next to the beautiful blue waters of the Matukituki River.

About two hours later, I arrived at the stone-clad Aspiring Hut, which I think is one of the most beautiful huts in New Zealand. There were almost 30 people staying the night and over dinner and hot drinks we sat and chatted, swapping tales from our travels.

At first light we were awoken by a flock of noisy kea that had come to play. There was a long day ahead: a five hour climb to Cascade Saddle, and then another five hours from there to Dart Hut.

The Cascade Saddle route began a short distance from Aspiring Hut, and there wasn’t any time to ease into it – it was a thigh-burning ascent. I ended up climbing with George, a fellow tramper from the UK. It really helped to have someone to talk to during the seemingly interminable climb. About 2.5hr later, we reached the bushline and the view before us was absolutely staggering: majestic peaks topped by beautiful white glaciers rose all around us contrasting beautifully with the lush Matukituki Valley below.

We passed several signs warning that the route ahead could be extremely dangerous. It’s not a route I’d like to attempt in the wet. It took a further 1.5hr to reach the Cascade Pylon. It seemed like a wonderful place to sit and enjoy lunch, like sitting in a natural amphitheatre, surrounded by glaciers.

I parted ways with George, who was heading back down to Aspiring Hut, and continued up to the saddle and into the head of the Dart Valley, with the Dart Glacier flowing down like a giant, frozen waterfall. I sat on a rock ledge, just enjoying the ambience of the place and playing with a rather bold kea, before finally setting off towards Dart Hut. 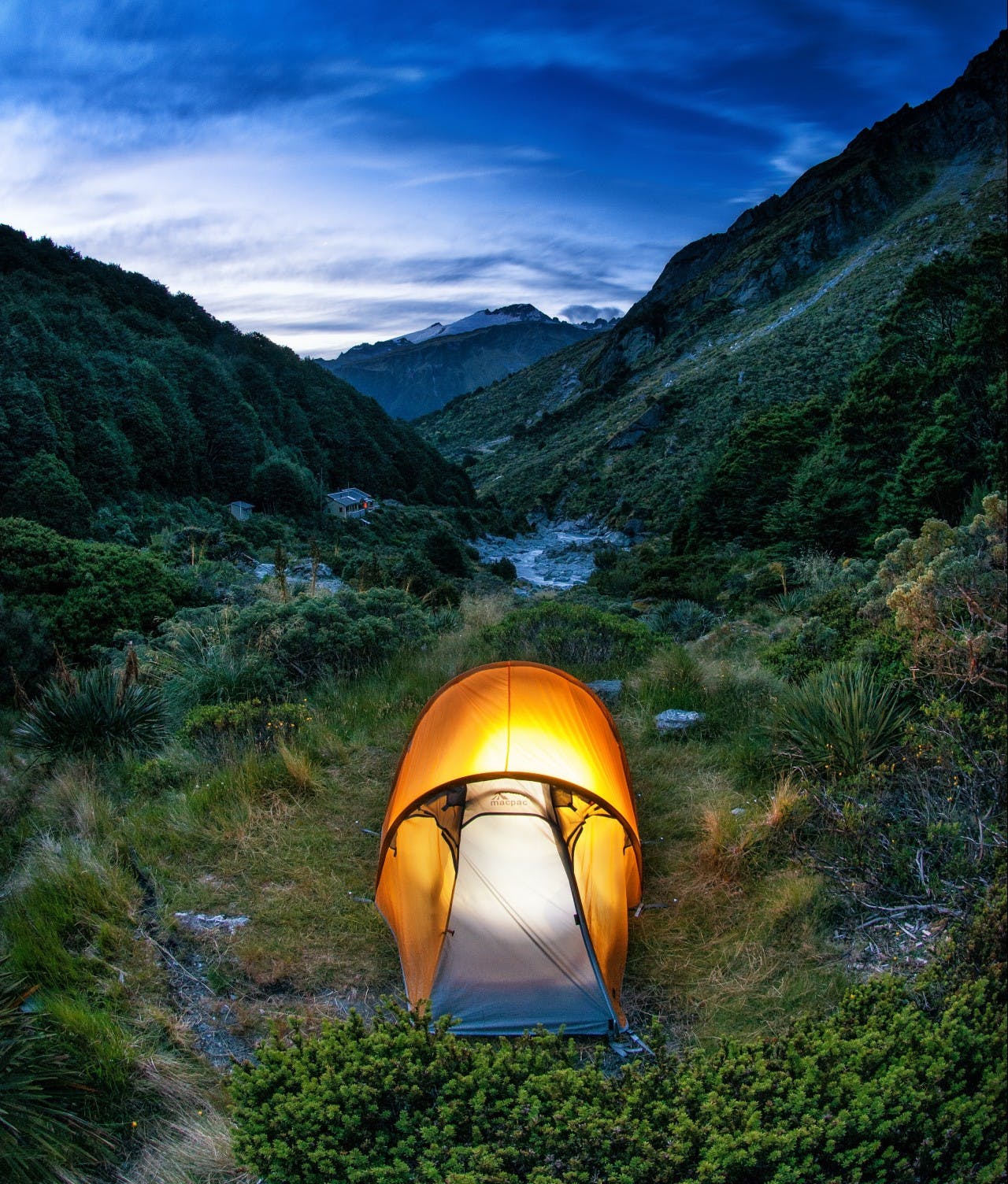 The track, marked by a series of rock cairns, followed the glacial waters to Dart Hut. Gradually, the harsh barren landscape of the upper Dart Valley gave way to beech forest and then Dart Hut finally came into view. There, among the trees at the campground, I slung my hammock, exhausted but happy.

The temperatures plummeted during the night and I struggled to stay warm despite throwing on all my layers. The next morning, I woke to find the tops of the mountains covered in fresh snow. Had I started a day later, the Cascade Saddle route would not have been possible.

It was almost 10am by the time I left the campsite, which was still in shadow. Keen to make up some lost time I picked up the pace to Daleys Flat, hoping to reach it before the rain hit. The sandflies became more and more of a nuisance the further along the track I tramped, so much so that rather than eat lunch beneath a rock bivvy as planned, I ate on the go, arriving at Daleys Flat Hut just as the heavens opened. Talk about good timing.

The next section to Chinamans Bluff was along new tracks cut early in the year after the huge land slip that blocked the Dart River, flooding the forests and many sections of the old track. It was rough going, adding substantially to walking time. For the most part, we view landscapes as enduring, unchanging things so it was fascinating for me to see a landscape being shaped and changed right before my eyes.

The Rees-Dart in 2014 is a completely different animal to the track I had walked three years earlier.

Because I wasn’t quite sure how much time was needed to get to Chinamans Bluff, I erred on the side of caution and took as few breaks as possible, finally making it to the car park with about 45 minutes to spare before the transfer bus to Glenorchy arrived.