And the best mountain films of 2015 are…

The Grand Prize in this year’s NZ Mountain Film Festival highlights an arduous journey through tropical rainforest to the top of Southeast Asia’s highest peak. Myanmar: Bridges to Change, directed and produced by Eric Daft and Mark Fisher, follows a group of seven climbers who travel through one of the least touched corners of the globe.

The movie documents their 300km journey, staying with villagers who have never seen westerners before and encountering the horrors of surviving in the hot, humid jungle with all the snakes, spiders and leeches you never want to see. All this was to achieve their ultimate goal of climbing Gamlang Razi, 5870m.

The winners of the other categories are:

More than 70 films from across the world will be shown at this year’s festival, being held in Wanaka and Queenstown from July 3-11. To get tickets for this event, head to mountainfilm.net.nz

Who took that? On page 40 of the June issue we featured a beautiful shot of trampers consulting their maps in front of a wild backdrop. What we didn’t tell you was who took the photo. It was taken by a new contributor called Kennedy Speirs.

An alpine pack made from polyester fabric wouldn’t be much truck in the outdoors. It wouldn’t be durable, light or very water-resistant. So it’s just as well Macpac’s Pursuit 40 NZAT is actually made from hard-wearing 210D nylon with Dyneema ripstop. We mixed our fabrics in the May issue Gear of the Year feature.

Thanks to all of you who took the time to fill out our reader survey. We know these things can be rather tedious so we tried to make it as painless as possible and nearly 900 of you filled in the whole thing, which is a great help.

It told us a lot about who you all are and what you’d like to see more of in the magazine. Some of the more interesting or quirky stats are as follows:

The Hollyford Valley would mark the western end of the tunnel. Photo: Christoph Strassler

Almost exactly a year after plans for a monorail partially connecting Queenstown to Te Anau were rejected, and nearly two years after plans to build a tunnel between Glenorchy and the Hollyford Valley were also rejected, a new submission has been proposed.

This $274m project, proposed by Milford Sound Link Rail (MSLR), would allow cars to board an electric train taking passengers through a 13.5km tunnel from Glenorchy to Gunns Camp, in the Hollyford Valley.

The company initially proposed the idea in 2003, with a feasibility study held 2007/8, but plans were held back, as the other two projects gained momentum.

The previous tunnel project was rejected due to environmental concerns, which MSLR says it has negated. The rail line, the company says, would not affect Mt Aspiring National Park and the tunnel would begin further away from the Routeburn Track on the Glenorchy side than that suggested in the previously rejected tunnel proposal.

But, Save Fiordland chairman Bill Jarvie said any such project would create a massive impact at enormous cost. “Turning the Hollyford Road into state highway quality and two enormous terminuses would all be costs to add to the huge cost of building a tunnel.

“You would need a massive area for cars to queue for the train, so the proposers wouldn’t get away from having to have a significant impact on the area.” 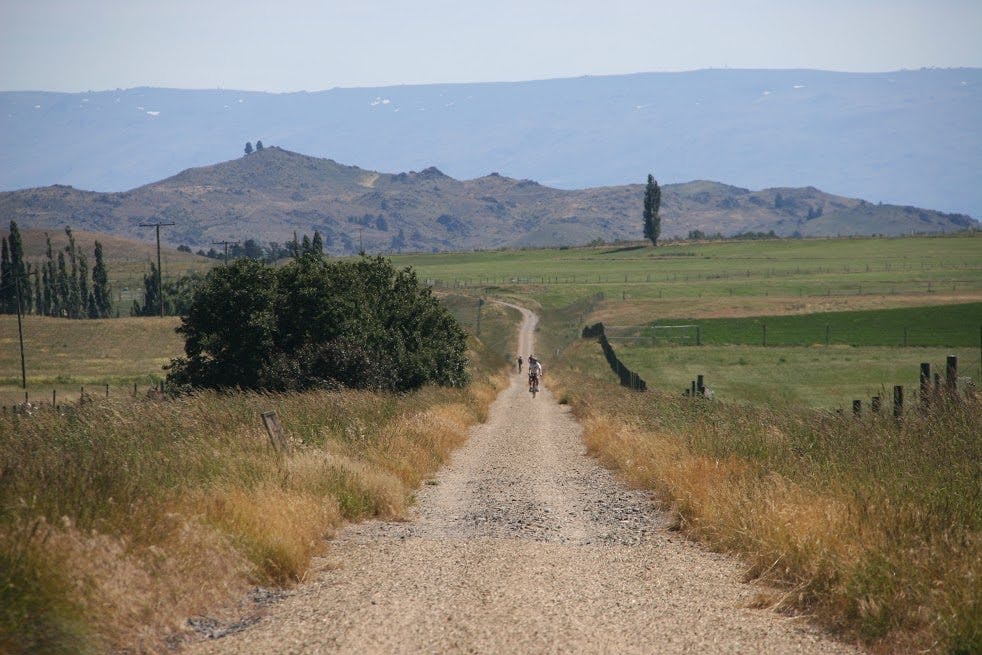 For the first time, cyclists who need a little motorised support, will be allowed to do so on the Otago Central Rail Trail.

Until this year only disabled people were allowed to use power-assisted cycles on the trail. The 2006 policy stated: ‘No powered devices providing mobility or mobility assistance to able bodied people will be permitted on the Otago Central Rail Trail’.

But a recent meeting involving a number of groups including DOC and the Otago Central Rail Trail Trust, changed that rule after feedback showed an increase in demand. The group chose unanimously to allow anyone to use e-bikes powered up to 300 watts.

Mike Tubbs from DOC’s Alexandra office said: “This was not a decision DOC wished to make alone. DOC recognises that having stakeholders’ commitment to any change to the current position was critical to it being supported and implemented.”

Where now for Hooker Hut? 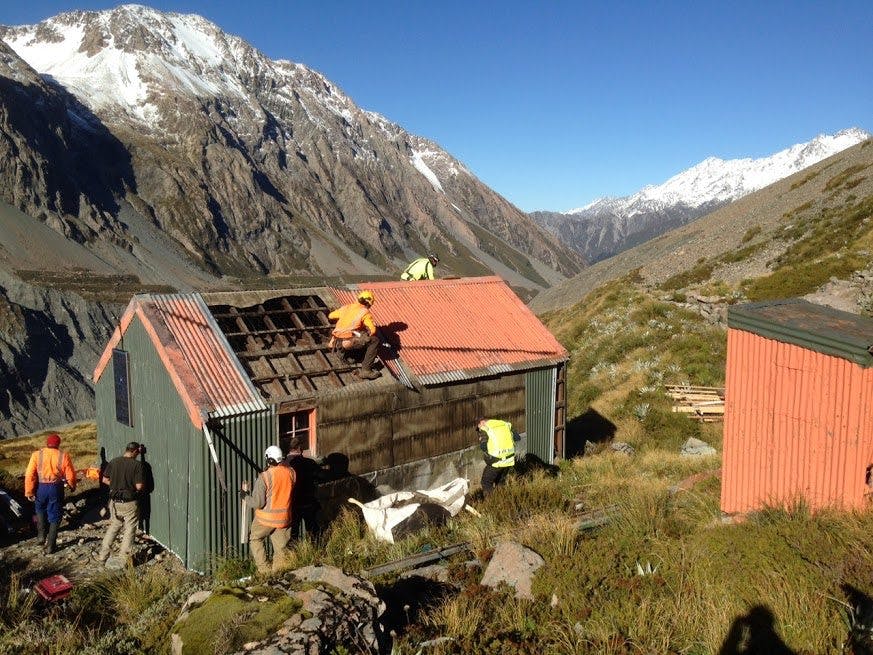 Hooker Hut being dismantled before being removed. Photo: DOC

Just days after historic Hooker Hut was removed from its precarious position on a crumbling moraine wall above the Hooker Glacier, DOC said it’s keen to see the hut return to the valley.

Hooker Hut was built in 1910 and is the oldest hut in Aoraki/Mt Cook National Park. To prevent it falling into the Hooker Glacier, DOC deconstructed the hut and transported it to a storage facility in Twizel until a new, permanent position could be found.

DOC conservation services manager Mike Davies said the upcoming review of the Aoraki/Mt Cook National Park management plan will provide an opportunity for the public and users of the park to provide suggestions for managing the hut. He also described where DOC would like the hut to be located.

“We want to see the hut returned to the Hooker Valley in a location where it can be well used by a good cross-section of park visitors,” he said.

Where could that be? Davies wouldn’t elaborate but considering the true right of the valley, where the hut had been sited, is inaccessible, and presuming views of Aoraki/Mt Cook are a priority in its siting, that leaves somewhere along the Hooker Track which terminates at the Hooker Lake.