Nothing beats standing on top of a peak and taking in a panoramic view of the world below. Don’t let winter’s icy embrace limit your outdoor adventures – here are the top three peaks worthy of your boot prints this winter. By Derek Morrison

The peak of Ben Lomond in Queenstown is a popular alpine day walk complete with a few sections to get your heart pumping. In winter it is a real trophy, requiring a modicum of alpine skills, to reach the 1748m summit.

The track begins at 320m above sea level in the native beech forest of One Mile Creek or through the Douglas fir forest cloaking the Skyline Access Road. If you’re feeling a little less energetic you can take the Skyline Gondola ($25) and start the walk at 800m.

At 800m you emerge from the bushline and the well signposted track climbs gently through alpine tussock land around the eastern wall of the bowl to the saddle. From the saddle the scramble to the summit is steep with cairns guiding the way.

From the summit the vista is truly magnificent with clear days affording a view of Mt Earnslaw, Mt Aspiring and the numerous peaks hovering above Lake Wakatipu. It will be easy to forget that you are less than 5km from the centre of Queenstown.

Wilding pines are slowly invading this landscape – if you see a seedling, pull it out. 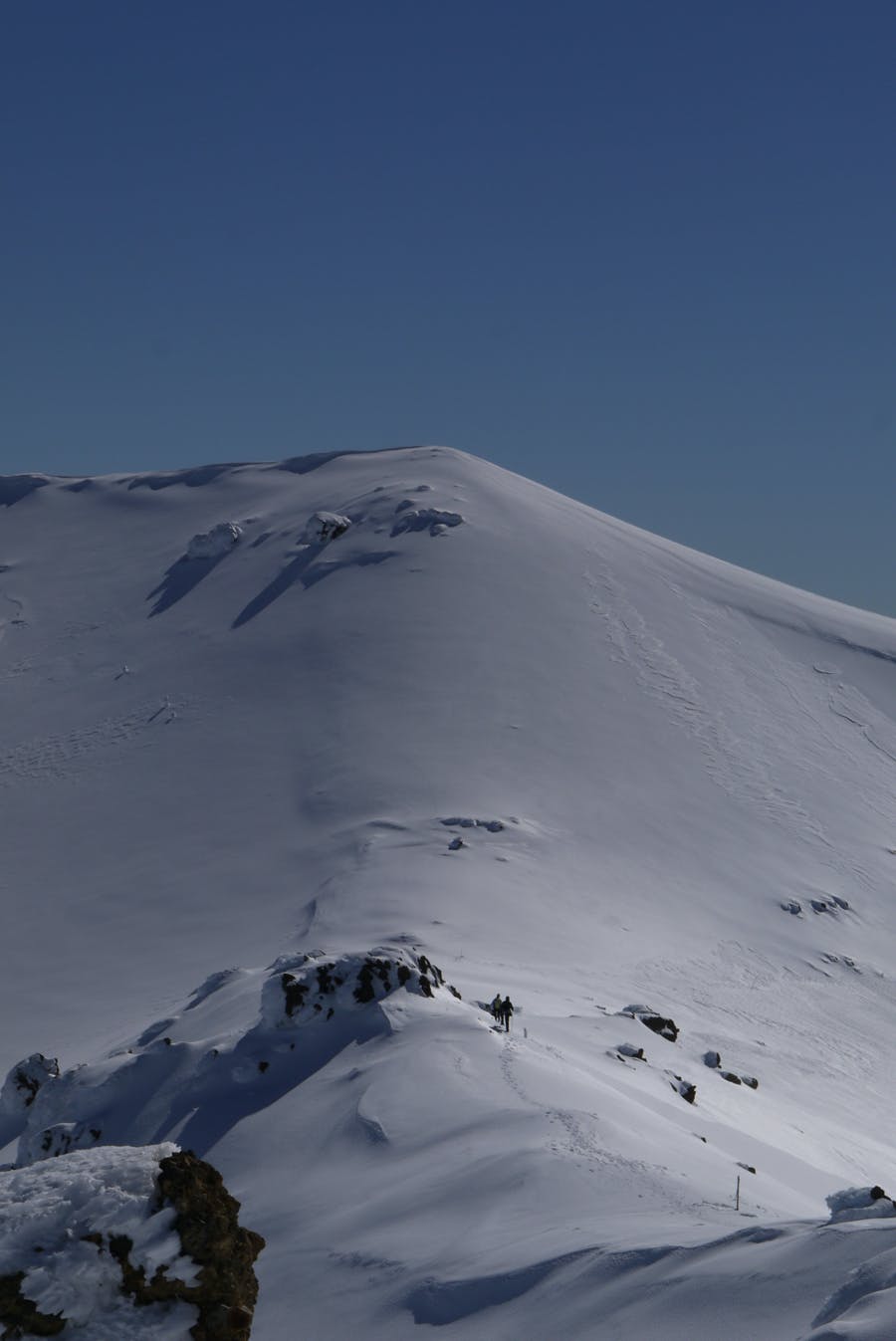 Climbing a live volcano in winter is always an exhilarating experience and there is none better than Mt Tongariro in the Central North Island. At 1967m it is not the tallest in the feisty trio that includes Nguaruhoe (2287m) and Ruapehu (2672m), but it is one of the more accessible.

The summit of Tongariro is usually bagged as a side trip to the 20km Tongariro Alpine Crossing – one of New Zealand’s most popular summer tramping routes. In winter you’re going to need to carry crampons or showshoes and DOC even recommends an ice axe, though walking poles will often suffice.

You’ll want a stable weather window to complete the trip and be sure to check the avalanche conditions at www.avalanche.net.nz or phone the Whakapapa DOC office (07 892 3729) before you go. The easy access to Tongariro belies this mountain’s true alpine nature, so be prudent not to become one of the park’s atrocious statistics.

The crossing will take a fit person between 5-7hr in good winter conditions. Allow an extra two hours to bag Tongariro. Alternatively, the peak can be accessed from either track end as an out-and-back trip.

Mangatepopo Hut (20-bunk) and Ketetahi Hut (26-bunk) are located on each end of the TAC and can be utilised to make the summit trip a little easier in the limited daylight hours of winter. 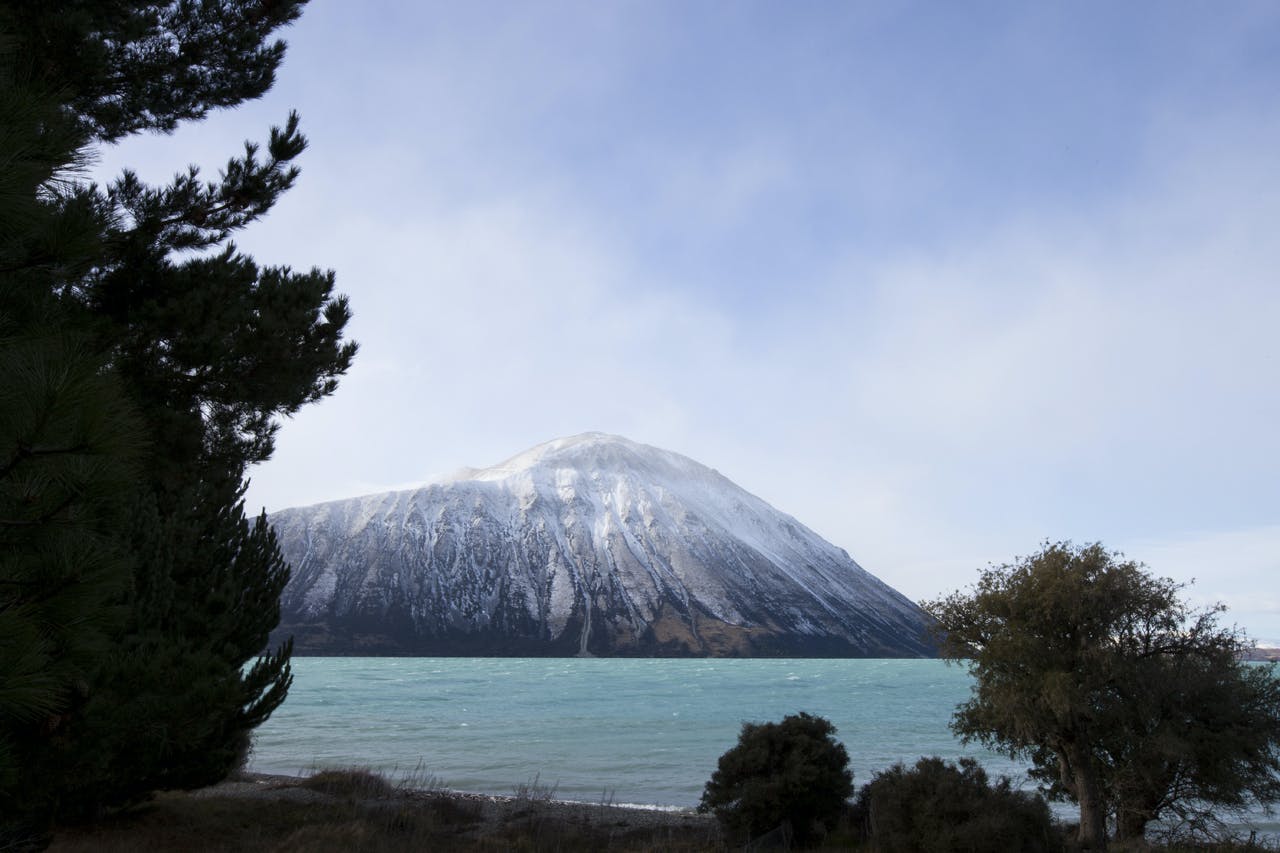 Lake Ohau is one of Mackenzie Country’s real jewels. The glacial lake is fed by the Dobson and Hopkins rivers, which originate in the Southern Alps. On the lake’s south-eastern shore sits the massif of Ben Ohau: a 1522m-tall summit that forms the southernmost end of the Ben Ohau Range.

This 11km climb is entirely on conservation land, beginning on an old 4WD track through beech forest before opening up onto the exposed western flank of Ben Ohau. From a small saddle, where a fence crosses the trail, the route scrambles the final 150m to the top. Allow a half to full day to get to and from the summit. The view at the top makes the 1000m ascent worth every drop of sweat with 360° views across the MacKenzie Basin and four stunning lakes: Ohau, Pukaki, Benmore and Ruataniwha.

The route is quite exposed in places so watch for sun exposure, high-winds and biting cold.