Thank goodness they don’t make boots like they used to

I read correspondent River Howe’s letter, ‘Boots not what they used to be’, with some interest. But my own experiences of older tramping boots are rather different to his.

I remember well the trials of breaking in new John Bull, or later, Anson D-Ring boots – soaking in water for days at home, drying them out, repeating the process, Dubbin, more soaking in the forlorn hope that the first trip would not result in heel blisters.

I still have bone spurs on my heels that compromise my footwear options, caused by years of rigid, inflexible and heavy boots.

Nowadays I have settled on a lightweight Italian leather boot. They are quite cheap, require no breaking in and have a Vibram sole. I am on about my sixth pair. I have had only one delamination disaster. I knew the boots were on their last legs and next time I will heed the warning signs better.

Regardless, I get roughly twice the walking hours out of my current boots than I did in the 1960’s. 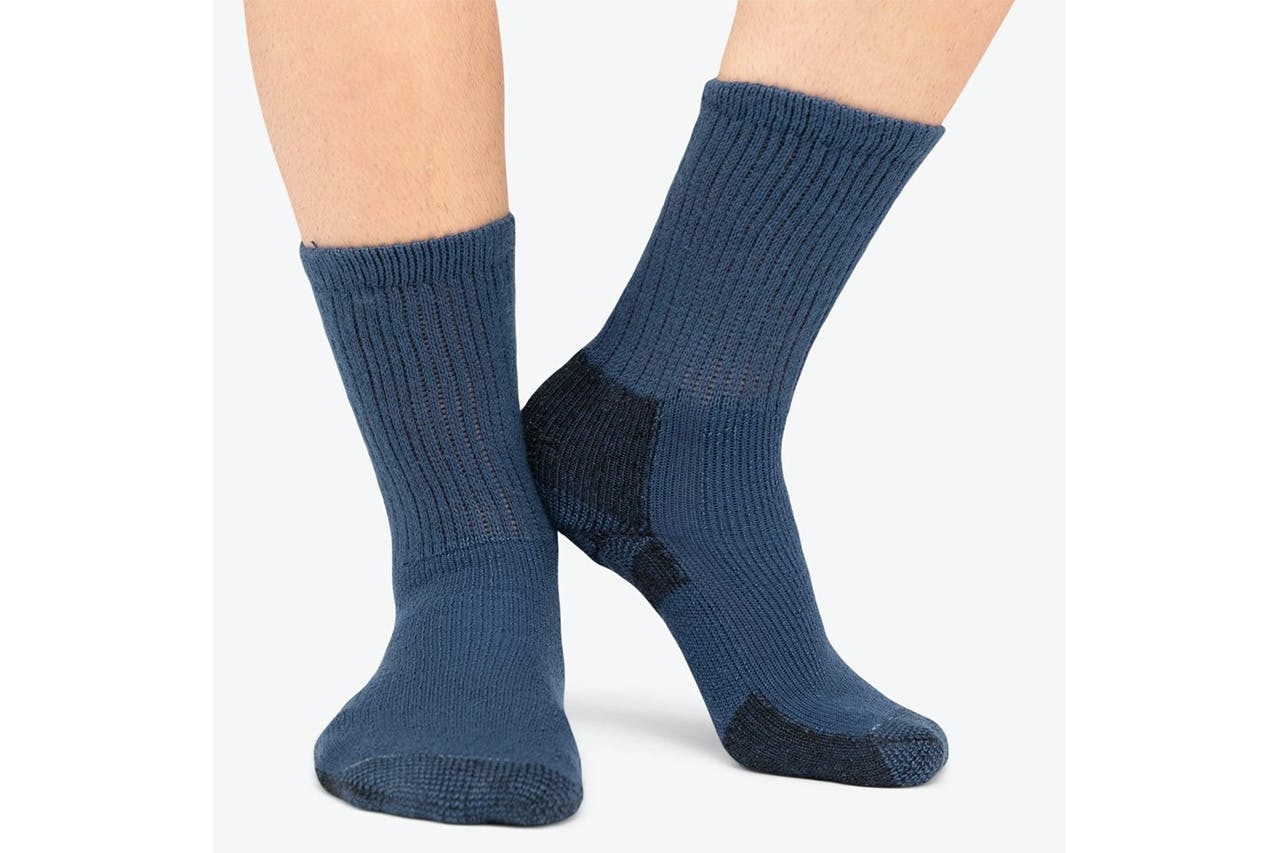 – Every good pair of boots should be paired with exceptional socks. Euan wins three pairs of Thorlos Hiking Socks worth $120, thanks to www.thorlos.co.nz. Readers, send your letter to the editor for a chance to win.

Thank you for highlighting the ridiculousness of the Stafford Report that was commissioned to make changes in Arthur’s Pass National Park (‘Major tourism plans for Arthur’s Pass on hold’).

The report was completed in June 2020, but wasn’t made public until June 2021, despite two OIA requests from the community.

When the report was first mooted we were informed there would be consultation with the community. Things started off well with several meetings and walk-arounds. Then, in late 2019 we inadvertently saw a page depicting a five-storey building in the centre of the village and just about all communication and consultation ceased.

Some parts of the report are very good: upgrades to tracks, car parks and campgrounds. Other parts were clearly pie in the sky.

The community was told at a meeting on June 8 this year that the Stafford Report is dead in the water. We were also told there would be an ‘indicative business case’ (IBC) undertaken on the old Visitor Centre, now labelled by locals as Park HQ, to be completed by September 8. At this meeting, we were also told there was no reason why the local Community shouldn’t have some input into this IBC. To date we haven’t been given that opportunity.

We have now started a campaign ‘Save Park HQ’ and would welcome the support of Wilderness readers in helping us to save this iconic building.

My experience with boots has been completely different to River Howe’s. My last three pairs have covered many miles over the last 35 years and in fact the first pair are still perfect except for the worn out and wonky sole.

I brought the latest pair four years ago and use them hiking every month at least and other than a few scuff marks they look and feel fantastic. Full Leather Scarpas, I love them. Just as good as the first pair of Scarpas   I bought 35 years ago and a damn sight better than the clunkers I wore before them.

In April this year my family and I put the ashes of my late wife Alison (Ally) with those of our daughter Jane in a rock cairn on Pt1787 on the St Arnaud Range above Lake Rotoiti. It’s a well-visited spot, a well-known cairn, and a good stiff 2-3hr walk up from the township.

Jane died with her partner Mark Emerson along with two other women near the summit of Mont Blanc in France in 2007, and we placed hers and Mark’s ashes here in 2008. She was finishing her PhD in geotechnical engineering in Grenoble when the accident happened. She and Mark spent many days in Nelson Lakes National Park.

Ally, a well-known biology teacher, died in 2016 in Blenheim. She knew the park well, too.

It would be nice to think that those who go up there might stop and give a thought to two good women and a gentle man, conservationists all, who will be there forever.

On a recent tramp into the southern Kaweka Range, It was alarming to see the spread of wilding pines. This is an insidious stain spreading over the mountains overwhelming the native flora. I first tramped these hills in the late 1970’s and the difference is now considerable.

I know that during the 1960’s, there were experiments in planting lodgepole pine to inhibit erosion. Clearly, these pines are out of control and marching their way across the ranges. The northern Ruahine Range also has this problem.

Wilding pines are a concern in other parts of New Zealand, notably the Mackenzie Country.  Huge efforts are undertaken to control this pest. I am unsure if local people are aware or even concerned over what is happening in their backyard.

A small group is trying to arrest this spread but, from what I have seen, the problem needs to be tackled on a government or regional council level. If not, these Forest Parks will become one huge pine forest.

Is this what we want?

A new pastime is born

My wife and I are keen hikers and we both thought that whittling (‘Learning the lost art of whittling’) would be a wonderful addition to our tramping adventures. When hiking there are days of voluntary or enforced rest: the weather forecast is not favourable, swollen streams, or just a heavenly spot to spend another day. There are also days when you arrive at your next destination mid-afternoon and are looking for an excuse not to have a wash in an ice-cold stream.

We bought some whittling knives and a sharpening stone. I decided to start simple and whittle a spatula from an old tōtara fence post. A few hours later, my hands were cramping and my first whittling creation was finished. I deliberately left the rustic look with its imperfections. I sanded it with some fine sandpaper and rubbed it with a few coats of olive oil to bring out the colour and grain of the timber. I love that you can still see the rust marks of the fencing staple in the handle.

I was surprised how easily the whittling knife sliced through the totara. As with tramping; safety first and full concentration is required. I still have five digits on each hand after finishing the spatula, which is convenient for the next whittling project.

I don’t recall the public ever being consulted about concessionaires ‘pre-booking space in huts’ when the Great Walks first went to bookings in the early 1990s (‘DOC clears up Great Walk booking suspicion’, Wilderness Daily newsletter, July 20).

If the public has not been consulted and if the relevant conservation management plan doesn’t explicitly allow private concessionaires to pre-book Great Walks bunks with ‘notional’ clients,  then it just shouldn’t happen.

I think that as well as a check on concession holders compliance with their terms and conditions, DOC should check their own management plans.