New barrier fences lining bluffs on the Old Ghost Road are not a knee jerk reaction, or mollycoddling people in the great outdoors, says Phil Rossiter, chair of the Mokihinui-Lyell Backcountry Trust which manages the popular West Coast biking and walking trail.

More than 12,400 people visited the trail last year, two-thirds of them mountain bikers and the remainder trampers.

While the trail links old mining roads through native forest from Lyell, near Murchison, to the Mokihinui Valley, much of it traverses steep mountain country; tussock tops, rocky tors, a massive landslide – and bluffs with sheer drop-offs. 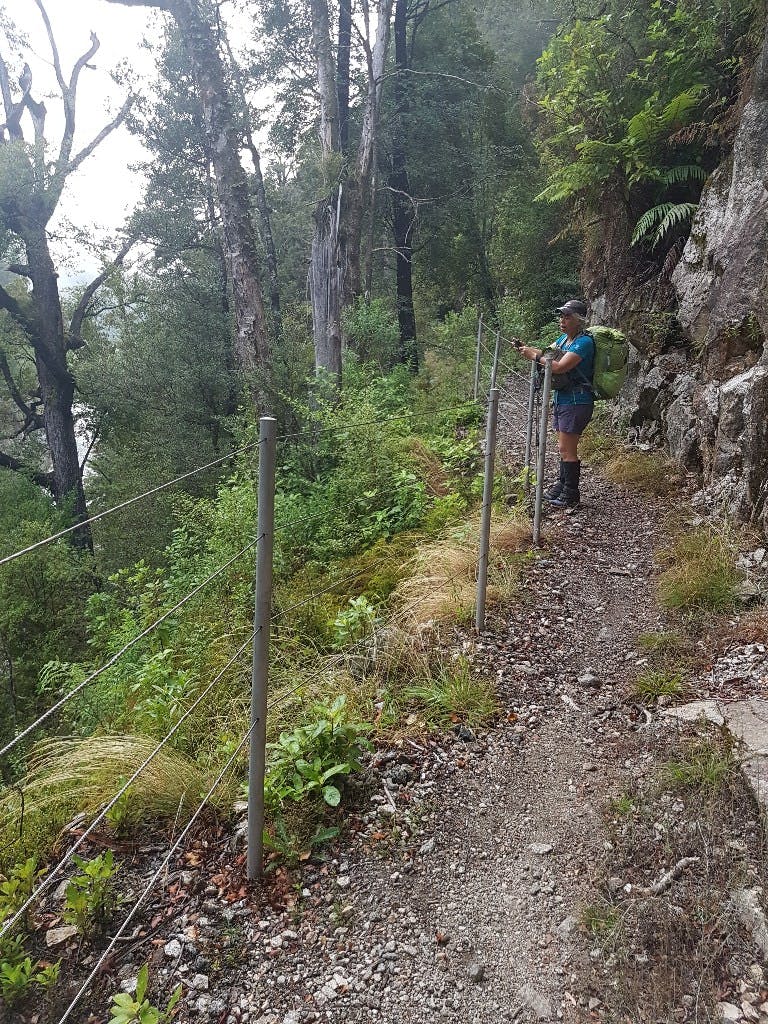 Barriers like this are being built on around two per cent of the 85km Old Ghost Road. Photo: Raewyn Empson

The trust is progressively building safety fences along the worst of these sections. They could save lives but they are also a visual blot in this natural landscape, thus raising the question: are they overkill? Should bikers take responsibility for their own safety, dismount and walk those scary bits?

“The Old Ghost Road is far more popular than people ever contemplated,” said Rossiter. “There are a number of places where if you fall you will die. So we have been guided by safety standards according to DOC and the New Zealand Cycle Trail, and they state that where a fatality could occur we have to build protection.

“We have mapped the danger areas and are systematically covering them off.”

Rossiter said there have already been a number of lucky escapes. “It was only a matter of time before someone lost their life.”

The safety rails have received a mixed reaction online. Abby Blanch who used the track with the safety rails in place said in a Facebook post: “I was very grateful for those rails and the incredible work the trust members continue to do with track upgrades. I didn’t find the rails intrusive at all, more comforting than anything else.”

Others were less than impressed, with Jonathan Dodd commenting: “12,400 people and no deaths proves it’s not needed.”

However, Rossiter said just two per cent of the entire 85km trail is affected. “We know it’s a backcountry experience but we do have a responsibility and it’s what we have to do.

“It’s not a knee jerk reaction.”