A round-up of today’s outdoor news, including the German couple who walked SH1 instead of the TA, and New Zealand’s favourite hut.

A new government initiative aims to spread the load away from the Great Walks and Te Araroa Trail, in order to minimise the impact on the country’s most popular tracks. The campaign will promote lesser-known alternatives to the Great Walks, with seven tramps to be designated ‘Not So Great Walks’ and marketed to tourists on a budget.

A spokesperson for Tourism New Zealand said the tramps would appeal to those keen to get away from the crowds.

“It was a tough decision to narrow it down to seven – New Zealand has thousands of not so great walks. We look forward to welcoming intrepid travellers to a couple of pointless mud loops in the Ruahines, a really cold, gorse-infested ordeal south of Invercargill and for the really adventurous we’ve got a not so great walk through dairy country in the Waikato, featuring questionable right of access and a trigger-happy farmer.”

According to the spokesperson, a second initiative targets trampers looking for something slightly shorter than the Te Araroa Trail. “Instead of walking the length of New Zealand, why not walk the length of Levin? This is no mean feat, as any hitchhiker who’s been dropped off at one end and had to walk to the other end will tell you.”

Cartographers are still checking measurements but it’s estimated the length of Levin will round out to be in the region of 1200km. The campaign starts next summer. 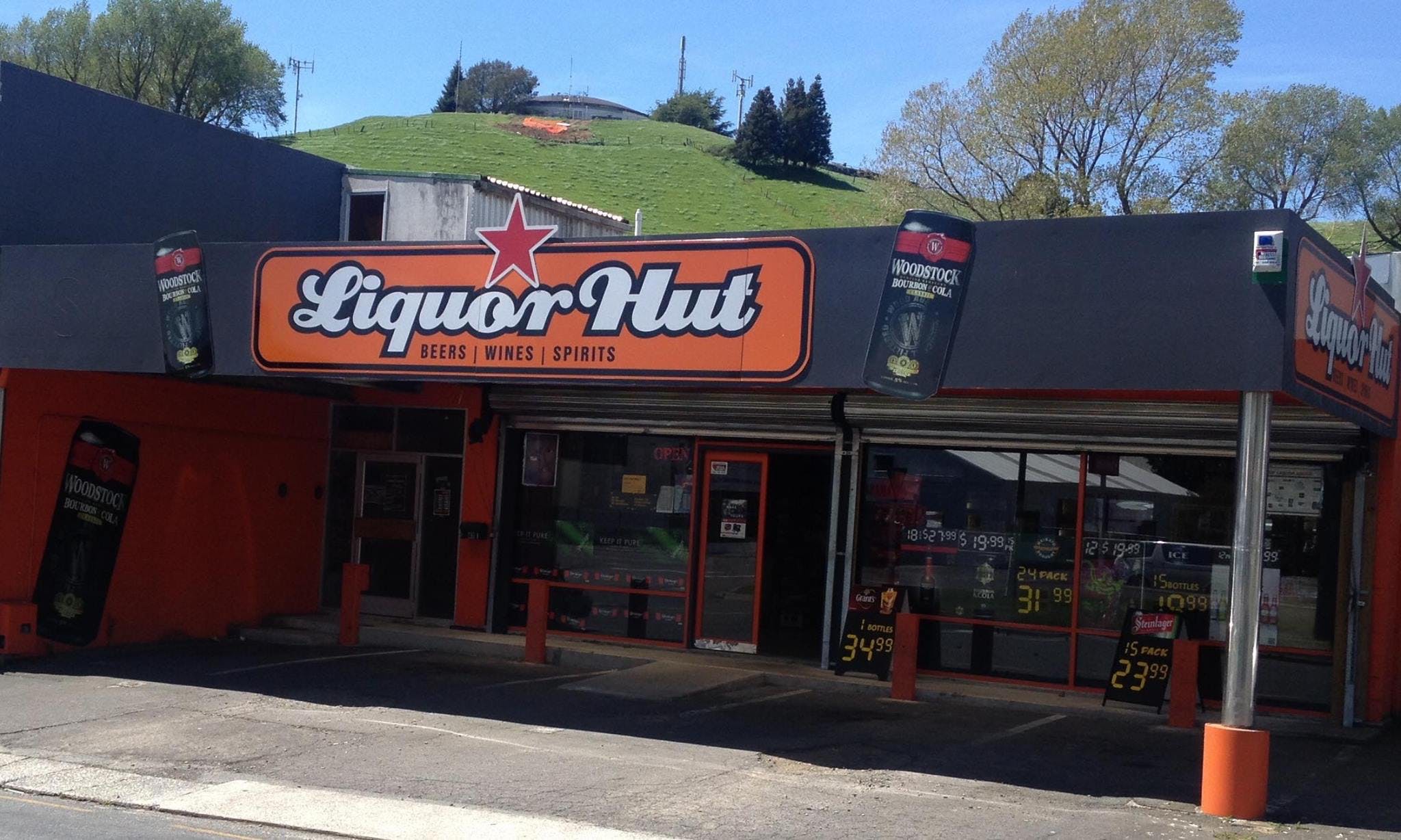 For the third time in as many years, the North Island took out the top prize in the people’s choice award for the country’s most popular hut, with Tokoroa’s Liquor Hut crowned the champion.

Duty manager Andrew Allen said the hut’s location, just around the corner from KFC and less than 15 seconds tramp from the car park, contributed to its popularity. “Tramping is thirsty work,” said Mr Allen. “This beautiful hut has everything you need at the end of a hard day, or even the start.”

Runner up was Pizza Hut, New Plymouth, with third place-getter Upper Hutt ruled ineligible due to a spelling technicality.

Heads could roll over oats

An ugly legal stoush is playing out over porridge, with oats giants Uncle Toby’s suing the estate of mountaineer and author John Pascoe for defamation. Lawyers for the porridge people told the High Court of New Zealand that sales have steadily fallen since Pascoe compared oatmeal to the Tararua Ranges in his 1952 book, Land Uplifted High. Pascoe’s much-quoted line reads, ‘They (the Tararuas) are to trampers what oatmeal is to Scottish people…’.

“This is extremely unfair and libellous to oatmeal, not to mention Scottish people,” a spokesperson told Wilderness. “It’s time we put a stop to oats of any description being associated with those bastard Tararua Ranges.”

In reply, a lawyer representing the Pascoe estate said their client would claim truth defence to the defamation allegation. “A recent scientific study has shown Tararua bog to have the exact texture, consistency and smell as porridge. Our client was spot-on in his description. We call on Uncle Toby’s to embrace the endorsement.”

From August 1, huts will be categorised into, ‘Great Walk’, ‘Walk’, ‘Serviced’, ‘Serviceable’, ‘Standard’, ‘Sub-standard’, ‘Basic’, ‘Basically Nothing’ or ‘Former’.

A new phone app promises to provide a valuable resource for rating fellow trampers, ensuring you’ll never sleep next to a snorer again.

TrampAdvisor has begun a trial in the Kaweka Forest Park whereby trampers can rate each other on categories such as smell, conversation, general hut etiquette, fire-starting ability, meal imagination and wittiness of hut book comments.

A spokesperson for TrampAdvisor said the app would make it easier to avoid certain trampers, if they knew a particularly obnoxious tramper was en route to a specific hut. “We will require every tramper to have a unique log-in number and wear an identification tag. Each tramper’s current star rating will be displayed on the TrampAdvisor app. We anticipate this will lead to a much higher standard of trampers frequenting the backcountry.”

It is proposed that trampers with a low star rating be compelled to undergo a ‘Better Tramping’ seminar or be confined to the Tararuas. 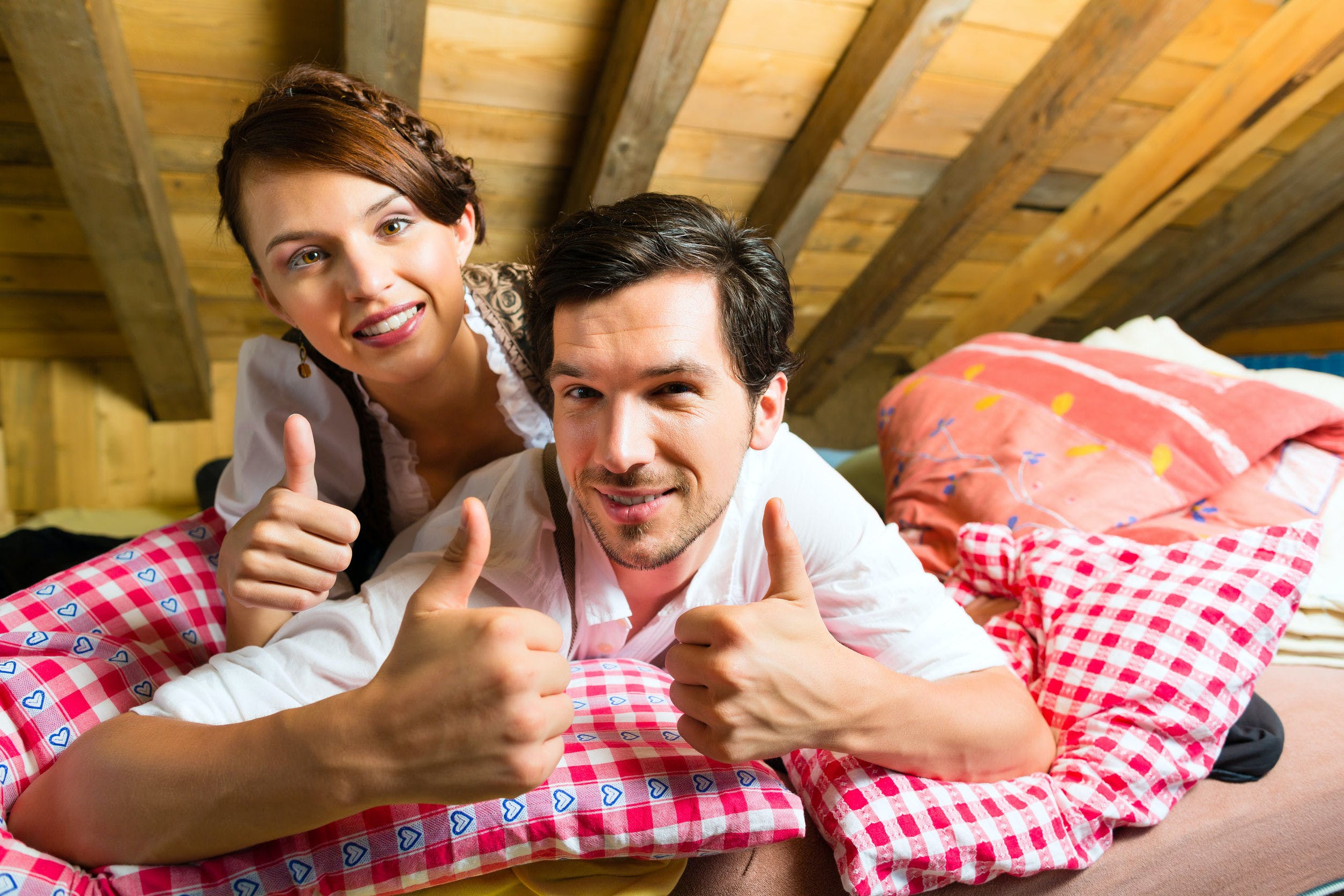 Though their TA experience was noisier than expected, the Olo’s still loved their trip. 123rf.com/Kzenon

Elation turned to shock for a German couple who arrived in Bluff thinking they had just completed the Te Araroa Trail only to be told they had instead walked the entire length of State Highway 1.

“We just think the trail must be very busy and noisy. People, they tell us there was a big amount of road walking, so we just do it. But we love the experience.”

The couple said they were impressed with how well-marked and wide the Te Araroa Trail appeared to be, with the most difficult section being a long hold-up thanks to road works and a ‘Stop/Go’ man just south of Taupo.

They were now considering whether to turn around and head back to Cape Reinga along the proper Te Araroa Trail.

“We think maybe we like this new trail better,” said Olo.

“It had a similar amount of road walking as the real Te Araroa Trail and it meant we didn’t have to endure the Tararuas.”

Water safety has received a significant boost with the announcement that lifeguards will patrol remote hot pools throughout the country from this month.

The lifeguards will wear distinctive yellow shirts and will be provided with a whistle, sun cap and freeze-dried meal. The move follows a decision to reallocate funding from track and hut maintenance to water safety programmes.

River crossings, a leading cause of death in the bush, will not be patrolled after unions intervened to protect their members’ members.

“Rivers are too cold and dangerous,” said a union spokesperson. “It’s not a very nice feeling when you wade in and get your private parts immersed.”

The hot-pool lifeguards will perform additional duties such as ensuring trampers are attired correctly and that jet skis don’t exceed 60km/hr. The first lifeguards will start work at Welcome Flats hot pool next week. 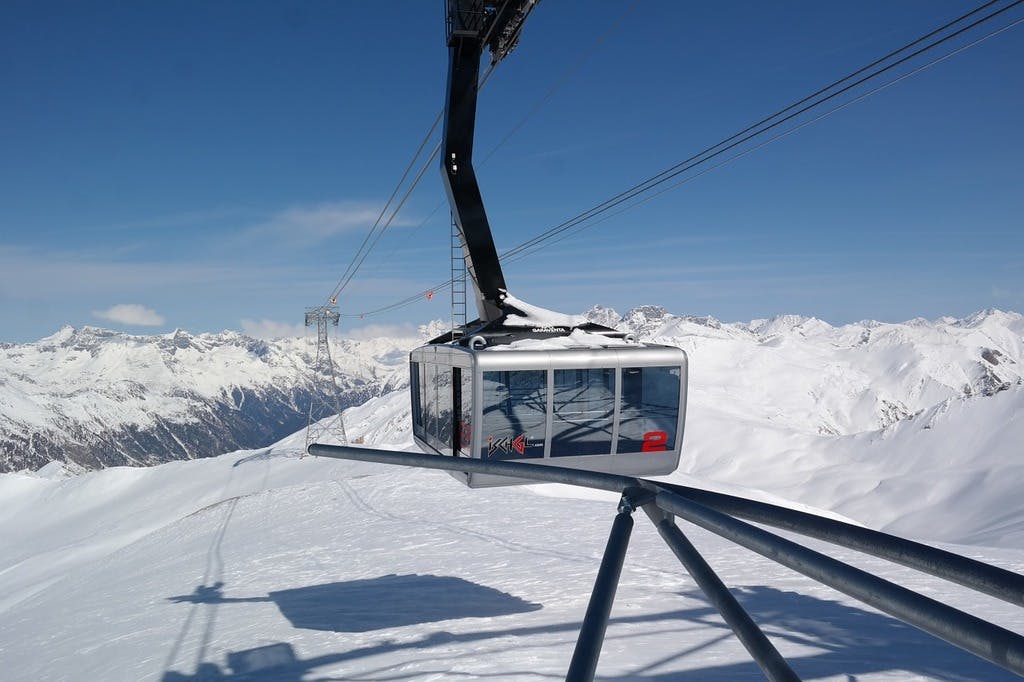 A proposal for a commercially operated gondola to the summit of Mount Cook is one step closer to reality, with the project getting the final regulatory tick this week. The company behind the venture, Mountain DreamScars Ltd, was also behind the highly successful Te Mata Peak zigzag track.

A spokesperson for the company said, “We clearly understand what New Zealanders want. We are excited to bring New Zealand’s highest peak within the reach of everyone. While we anticipate a drop in demand for traditional mountaineering experiences, we do look forward to retraining mountain guides as gondola operators and customer service officers, going forward.”

Auckland mountain biking club The Spokesmen have spoken out against speakers at a spoken word event held at a bespoke speakeasy in New Plymouth.

The Spokesmen gate-crashed the event after it was revealed a tramping club spokesperson was speaking to unnamed persons about a proposal to create a mountain bike path down the slopes of Mt Taranaki.