An exhibition of a rare and unique collection of glass plate photographs will be on next month at the Sir Edmund Hillary Alpine Centre at Aoraki/Mt Cook.

Feeling for Daylight: The Jack Adamson Collection is on display from February 4 and documents the people and places around Mt Cook Village during the late 19th century.

“The exhibition takes viewers on a stunning photographic journey around the Southern Alps and early settler communities on the eastern and western side of the mountains,” said Denis Callesen, the general manager tourism at The Hermitage.

“One hundred years away from rescue helicopters it documents early mountaineers doing daredevil moves at a time when the Southern Alps were far more isolated than they are today.”

Adamson became one of New Zealand’s first alpine guides and captured some of the pivotal moments in the history of early mountaineering in this country. 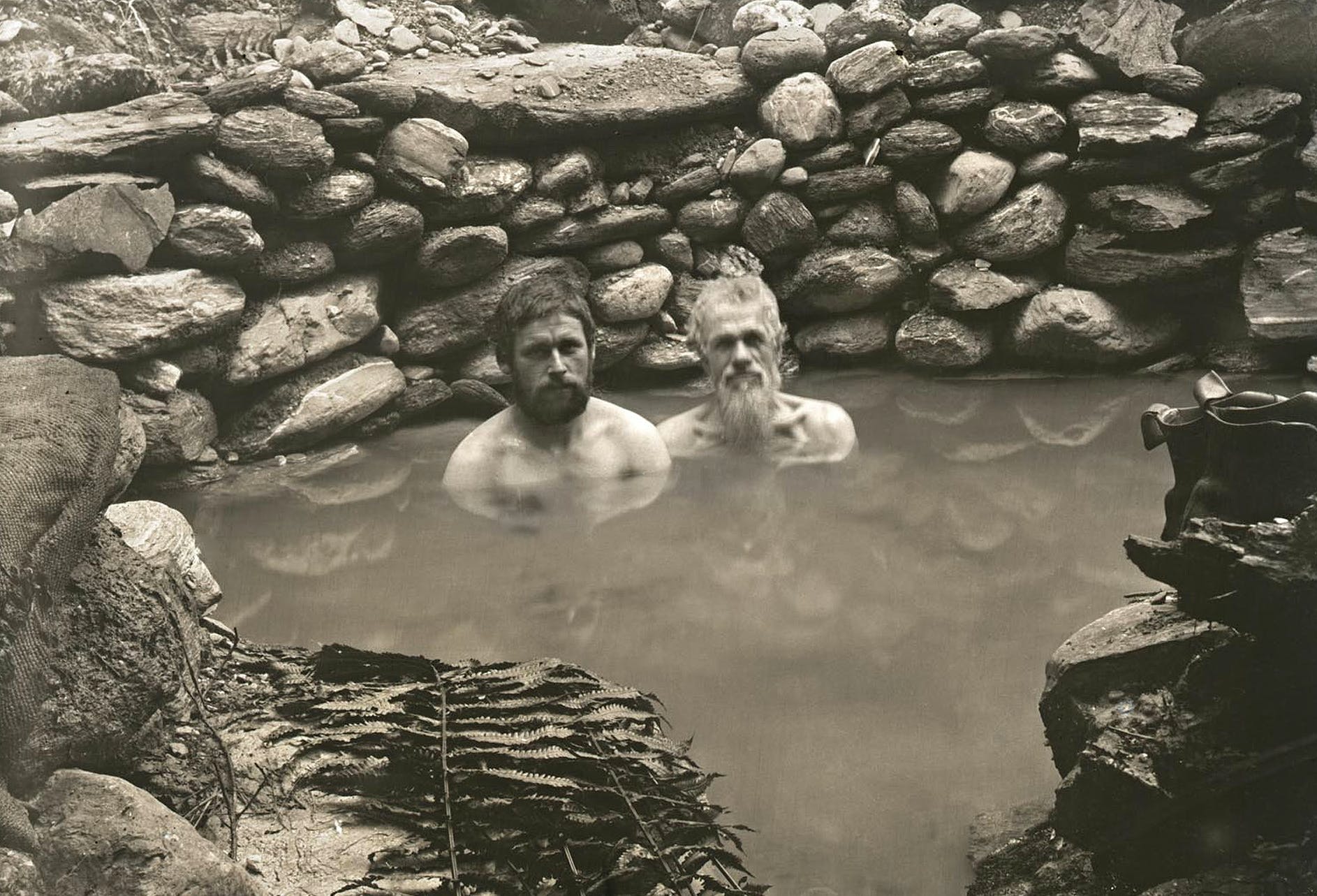 Jack Adamson and Tommy Law in the hot pool at Welcome Flats, circa 1897

“Adamson’s images are historical testimony to an era when mountaineers began discovering the heights of the Southern Alps in Aoraki/Mt Cook National Park,” said Callesen. “Captured on glass-plate photographs, his unique collection, made up of character studies, topographical views and candid life shots, comes from a treasured period in New Zealand history.”

Together with the selection of photographs, Adamson’s cameras and other items appear in the exhibition that his descendents have donated to the South Canterbury Museum.

Buy an annual print+website or website-only subscription and we’ll gift you a SOL Heatsheets Emergency Bivvy worth $38 (NZ subscribers only). This compact emergency bivvy weighs just 100g, is waterproof and windproof and reflects up to 90% of your body heat. Pack it on every hike. Simply use coupon code ‘ebivvy‘ at checkout.

Option 1: Buy an annual website-only or print+website subscription and throw in a SOL Emergency Bivvy worth $38. At checkout, use coupon ‘ebivvy‘

Option 2: Continue to test the waters with an introductory offer on our monthly website-only subscription. Pay just $6.00/month for the first 12 months (after the 12th payment, the subscription price will revert to the current monthly rate). Give it a try – you can cancel at any time. Click here and at checkout use coupon code: ‘six12‘.