Is Parliamentary Commissioner for the Environment Jan Wright correct to recommend the increased use of 1080 to control pests such as rats, possums and stoats? That’s the question Wilderness put to Forest and Bird and the new Zealand Deer Stalkers Association.

The 1080 report by Parliamentary Commissioner for the Environment Jan Wright simply and clearly sets out the stark choice facing New Zealanders. We either use 1080 to control pests in our bush or accept the accelerating destruction of our national icon the kiwi, other unique species and our forests.

The wildlife and forests we love are under attack from pests, especially stoats, possums and rats. The pests are winning and that is why Dr Wright is recommending more – rather than less – 1080 should be used.

If anyone had any doubts about whether New Zealand should be using 1080, they should read the report and know we are doing the right thing.

The myths surrounding 1080 are successfully debunked by Dr Wright’s report. It describes how after decades of experience, baits have been modified to ensure few, if any, native birds are killed in pest control operations. The amount of the chemical used per hectare has been reduced 15 times since the 1950s and it breaks down quickly in water and soil.

One of the biggest advantages of 1080 over other control methods is that it works against all three of the worst predators – stoats, possums and rats. Possums and rats eat the baits and stoats are killed when they eat poisoned rats and mice.

Other poisons and trapping play a crucial role in controlling pests but none of these on their own can control the three major pests over large areas of rugged, often inaccessible forest.
It is worth remembering that only around an eighth of New Zealand’s conservation land is managed for stoats, possums and rats, and this includes ground control operations using trapping and other poisons.

Kiwi populations are declining at a rate of between two and six per cent a year – at the higher rate these populations will disappear within a generation. Dr Wright is right to point out that we don’t have the luxury of time and that the use of 1080 must be expanded until another solution is found.

If we want to retain what makes New Zealand unique and continue to enjoy our special places and wildlife, we have no choice. 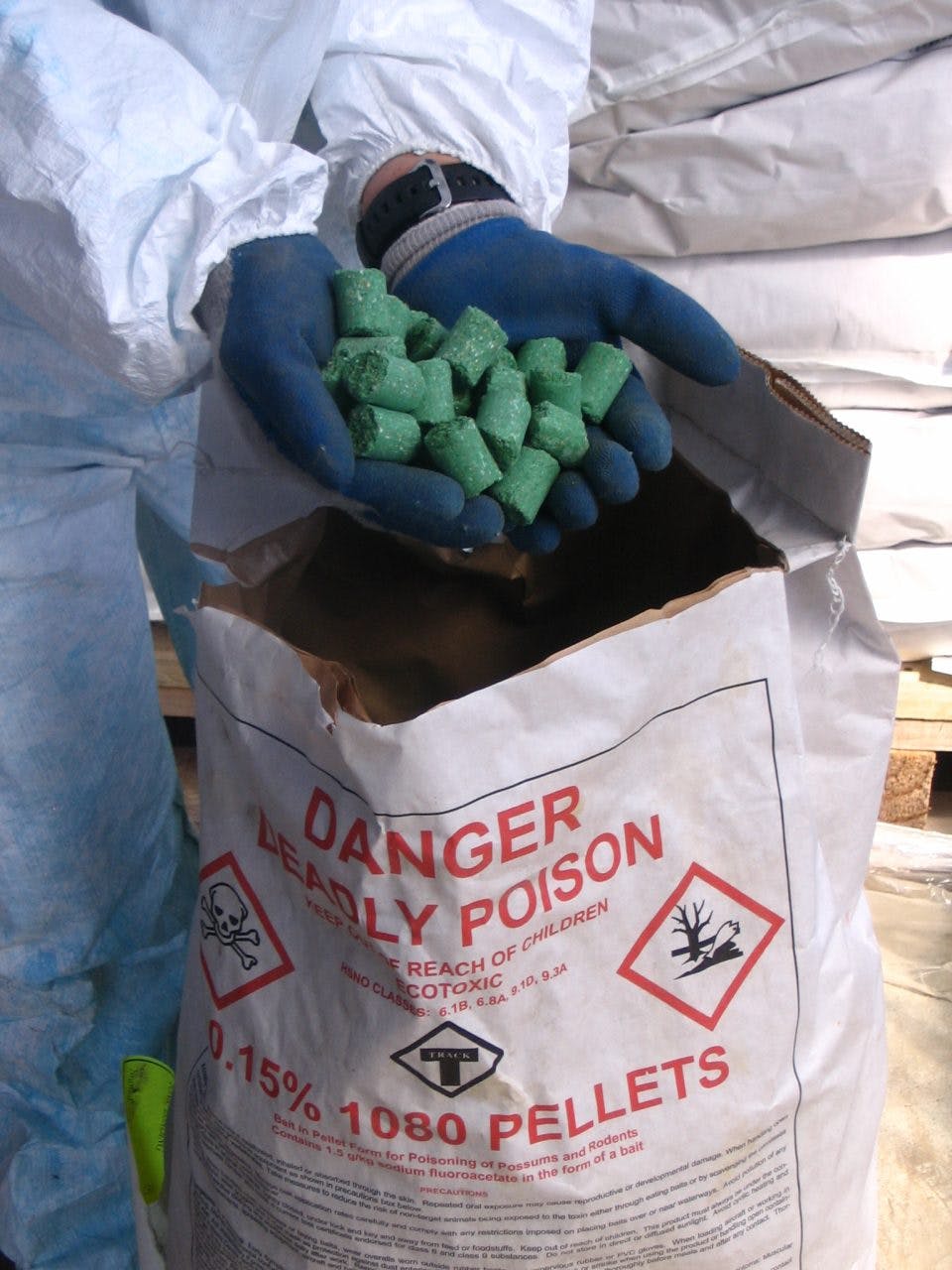 The use of 1080 poison is often debated.

The New Zealand Deerstalkers’ Association has opposed the use of poisons since the late 1950s. This position is identified in our policy and undergoes annual review. Our main focus is the maintenance of recreational hunting opportunities for our members.

Our major issues with the use of pesticides like 1080 include:

Much current information points towards the hidden, or to the less visible, hazards posed by the indiscriminate use of 1080. For example, Lodovic et al (1994) mention that ‘some chemicals may be more harmful at lower doses than higher doses’.

Our concerns derive in part from an unwillingness or inability to measure or to assess populations of target and of non-target species living within any given area intended for poison application, thereby precluding efforts to assess the desired kill of any target species within that area. Attempts which have so far been made to gauge the populations of target and of non-target species in an area tend to rely upon methods which lack the credibility imposed by the use of scientific methods.