Mataketake Hut, set on the Mataketake tops of South Westland World Heritage conservation land, is more than a new hut in a stunning location. Officially opened in early February, Mataketake is also a memorial to the late Dr Andy Dennis (1944-2016), MNZM, conservationist, author and avid tramper.

In his will, Dennis bequeathed funds for the new hut so that others could enjoy the majesty of the West Coast mountains, thus extending his huge conservation legacy beyond his own lifetime. The hut build has also led to the creation of a new tramping circuit, with the re-opening of the historic Mica Mine Track that zig zags to the Mataketake Tops from the little-used Haast-Paringa Cattle Track.

As an ardent and articulate advocate for conservation, Dennis played a huge role in the protection of West Coast native forests. He was known to his peers as ‘one of the great submission writers’ and spearheaded campaigns that led to the creation of Paparoa and Kahurangi National Parks and the protection of St James Station as conservation land. His work also helped save the Mohikinui River from hydropower development.

As a writer, Dennis had a special ability to capture the essence of nature’s stories and he made a significant contribution to New Zealand’s natural history literature. He wrote several national park handbooks and natural history booklets, co-authored Images from a Limestone Landscape with Craig Potton, collaborated with photographer Adris Apse, and wrote the Paparoa National Park Management Plan and West Coast Conservation Management Strategy for the Department of Conservation.

Of his own work, Dennis once said: “At times the very idea of attempting to reduce landscape and life-systems to words felt like a clumsy intrusion on a wild and mysterious world.”

The Mataketake Hut build was led by Backcountry Trust manager, Rob Brown who was also a close friend to Dennis. The trust helped top up funding to complete the hut. With the Mataketake Range’s exposure to severe westerly weather, and daily cloud rolling in from the Tasman Sea, Brown said the project was fraught with challenge. 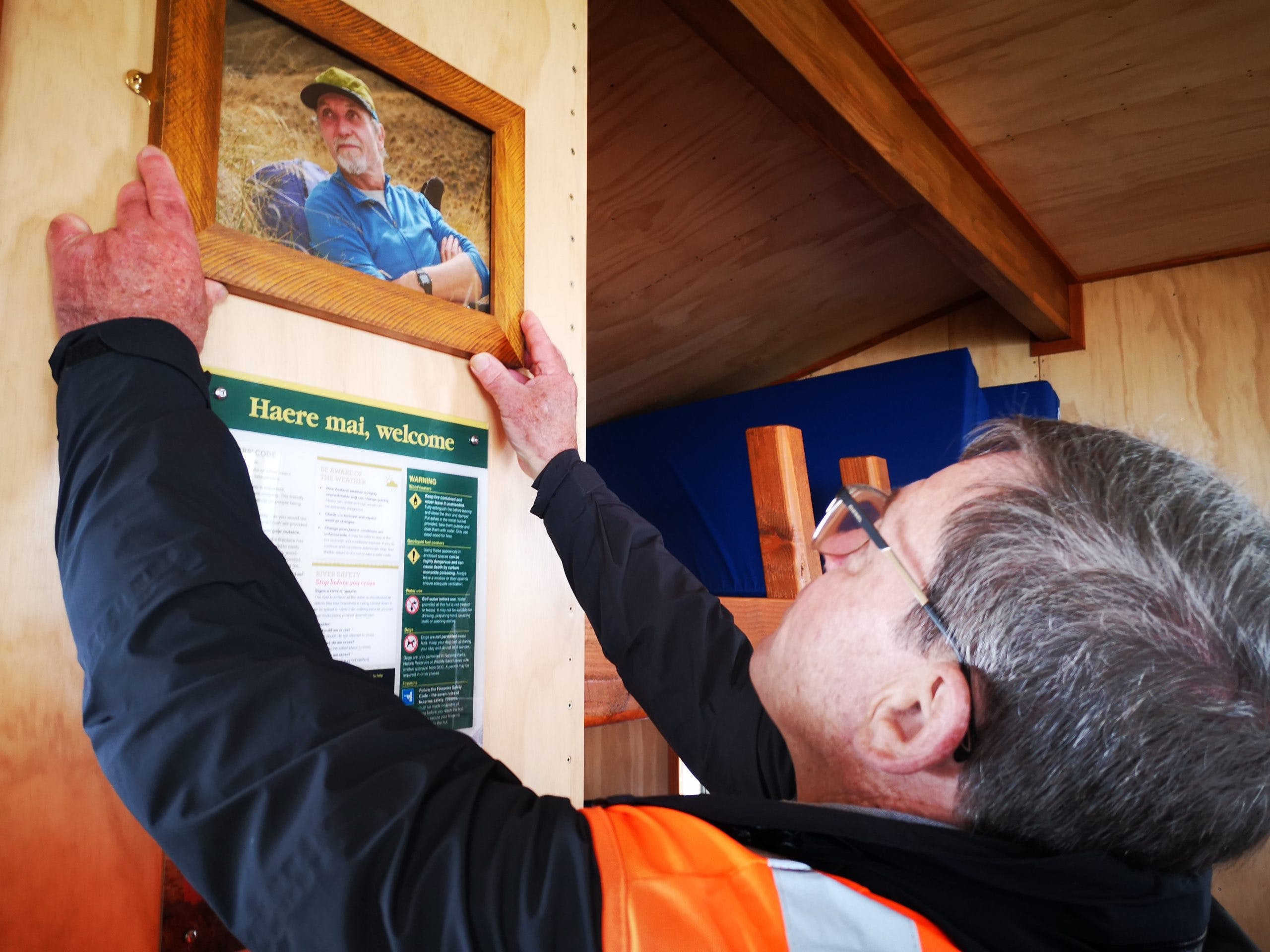 “In March 2019 we were smashed by two storms. The second was accompanied by 100km/hr winds that destroyed three of our four tents. We then built a small hut (now the wood shed) to get us through the build,” said Brown.

Special engineering was required to meet standards for maximum wind loadings. Securing the hut are 28 anchor piles, held in place with 11 tonnes of concrete, all mixed on site.

Mataketake Hut was officially opened with a gathering of Dennis’ friends, family, DOC staff and Te Rūnunga o Makaawhio, who provided a blessing for the hut. Green MP Eugenie Sage was there. “It’s a stunning location and there has been so much aroha and care and attention to detail in the design and build. The work over two years and all the effort to get materials on site has been a real mission. Oh and the hut includes a library of Andy’s books,” she said.

Sage paid tribute to DOC, volunteers, and Kaimahi for Nature workers who cleared the historic Haast-Paringa Cattle Track and re-opened Mica Mine Track (built during the Second World War). A new poled route links the Mataketake Tops with the Haast-Paringa Cattle Track near Maori Saddle, thus creating the two-three day circuit. At lower altitudes, the track passes through mature beech, rimu and hardwood forests before climbing to the undulating tussock tops that feature tarns and stunning views northwards along the Southern Alps to Aoraki/Mt Cook.

DOC’s Wayne Costello says the area is a kākā stronghold and has outstanding biodiversity values following 20 years of landscape-scale pest control. “This project is special in that it will introduce people to the nature and history of South Westland,” he said. “Through his legacy, Andy will continue to inspire and connect people to this special place and the natural world for many years to come.”

The eight-bunk hut is owned and maintained by the Backcountry Trust and costs $25/night for adults and $12.50 for those aged 11-17.

Access
The northern end of the Haast-Paringa Cattle Track on SH6, 40km north of Haast