Do you look at a map and scratch your head like you’re trying to decipher a foreign language? Here’s a rundown of the most important features found on maps. By Noel Bigwood

To understand a map, you must first understand the various symbols depicted. This is where the key, located on the left-hand side of the map, comes in handy. 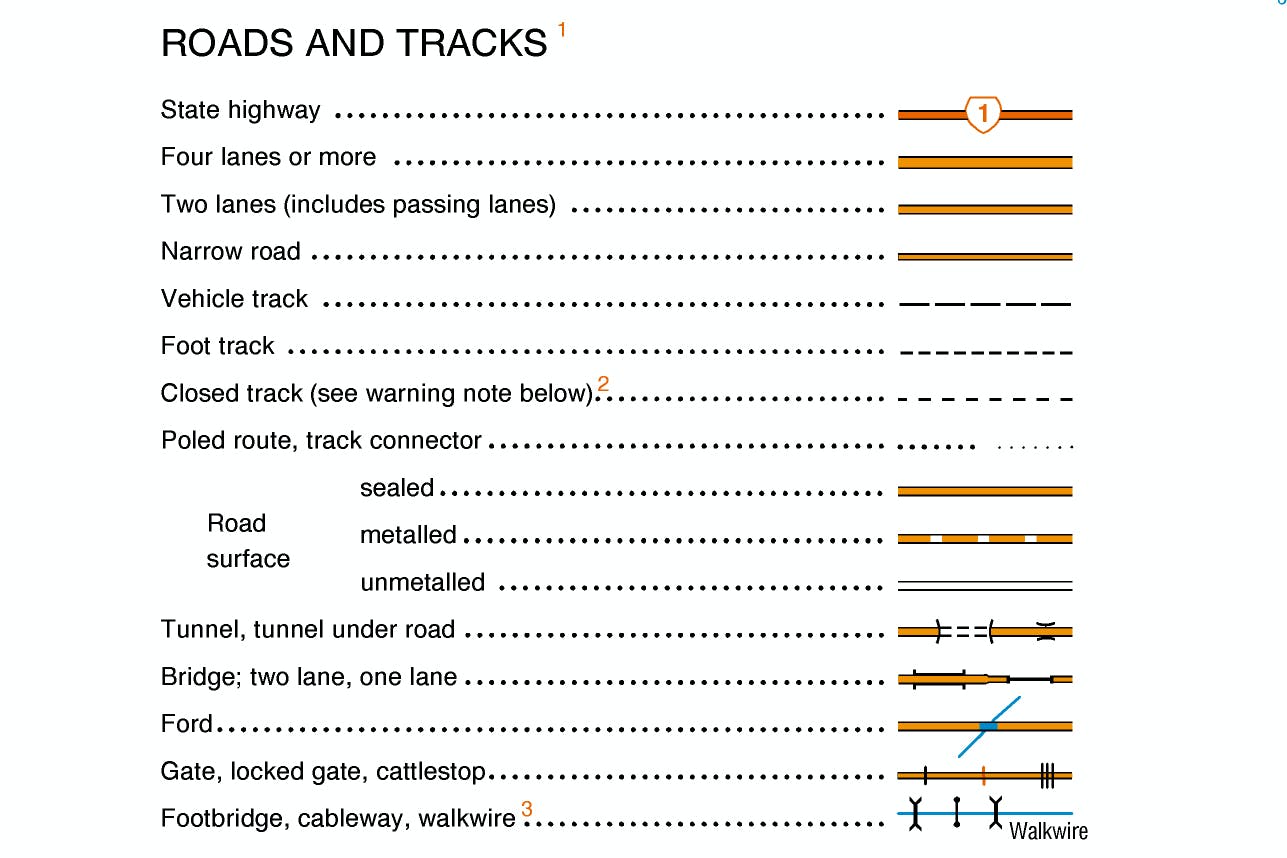 Different types of tracks, roads and bridges are identified with different symbols. Walking tracks are short dashes, poled routes, found above the bushline, are dotted. Just because a track or road is shown does not imply right of access. 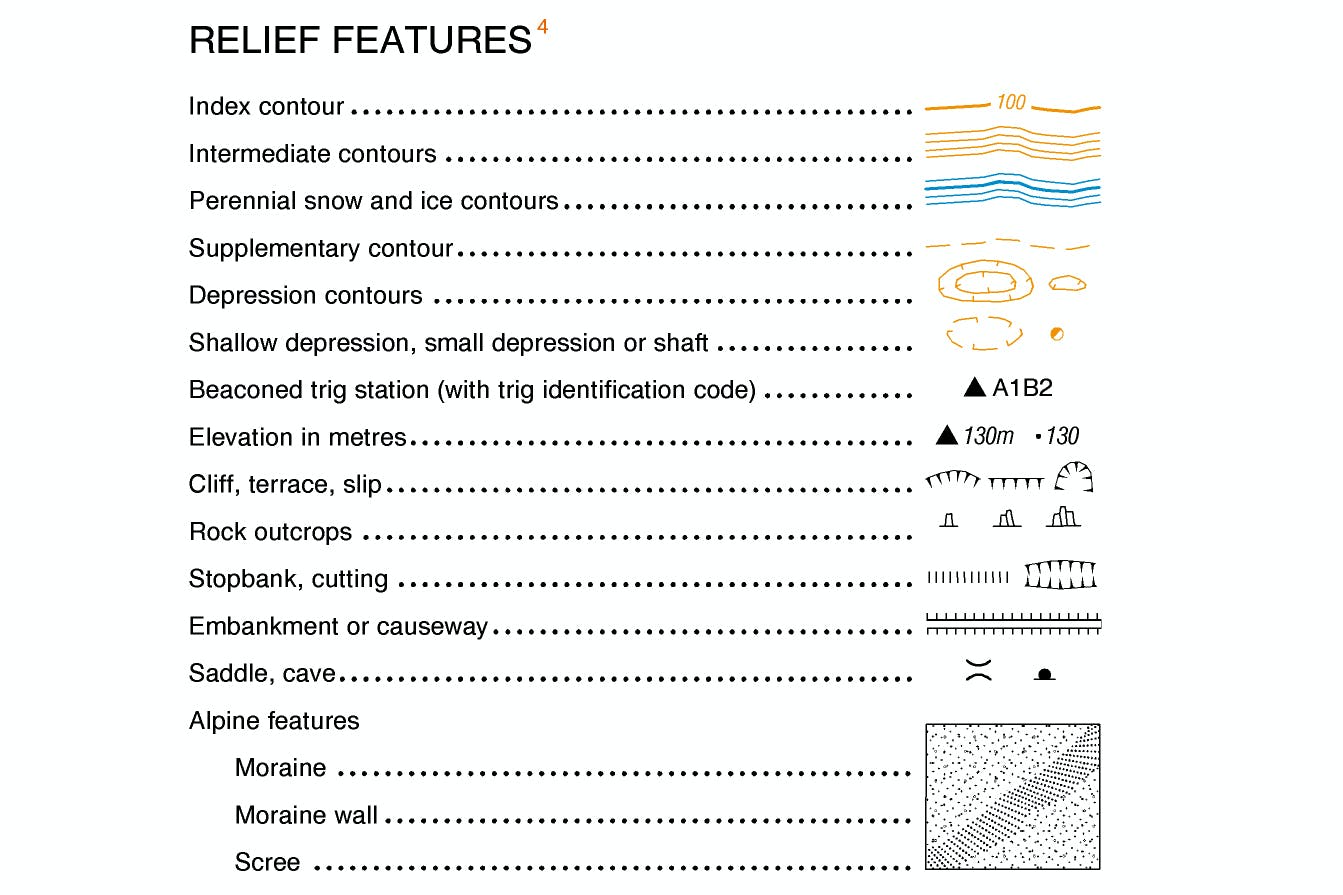 Relief features such as cliffs, terraces, slips, rock outcrops, saddles and caves are all shown on the map. A saddle is where there is a dip along a ridgeline. Walking along the ridgeline, you descend to a saddle, then climb up the opposite side. The land drops away on either side of the saddle.

The reddish-brown lines that join places of equal height, along with the relief shading, help visualise a three-dimensional landscape onto a two-dimensional piece of paper. The tighter the contour lines, the steeper the terrain. In the Topo 50 series the contour lines are 20m apart. Every fifth line, at 100m intervals, is darker. 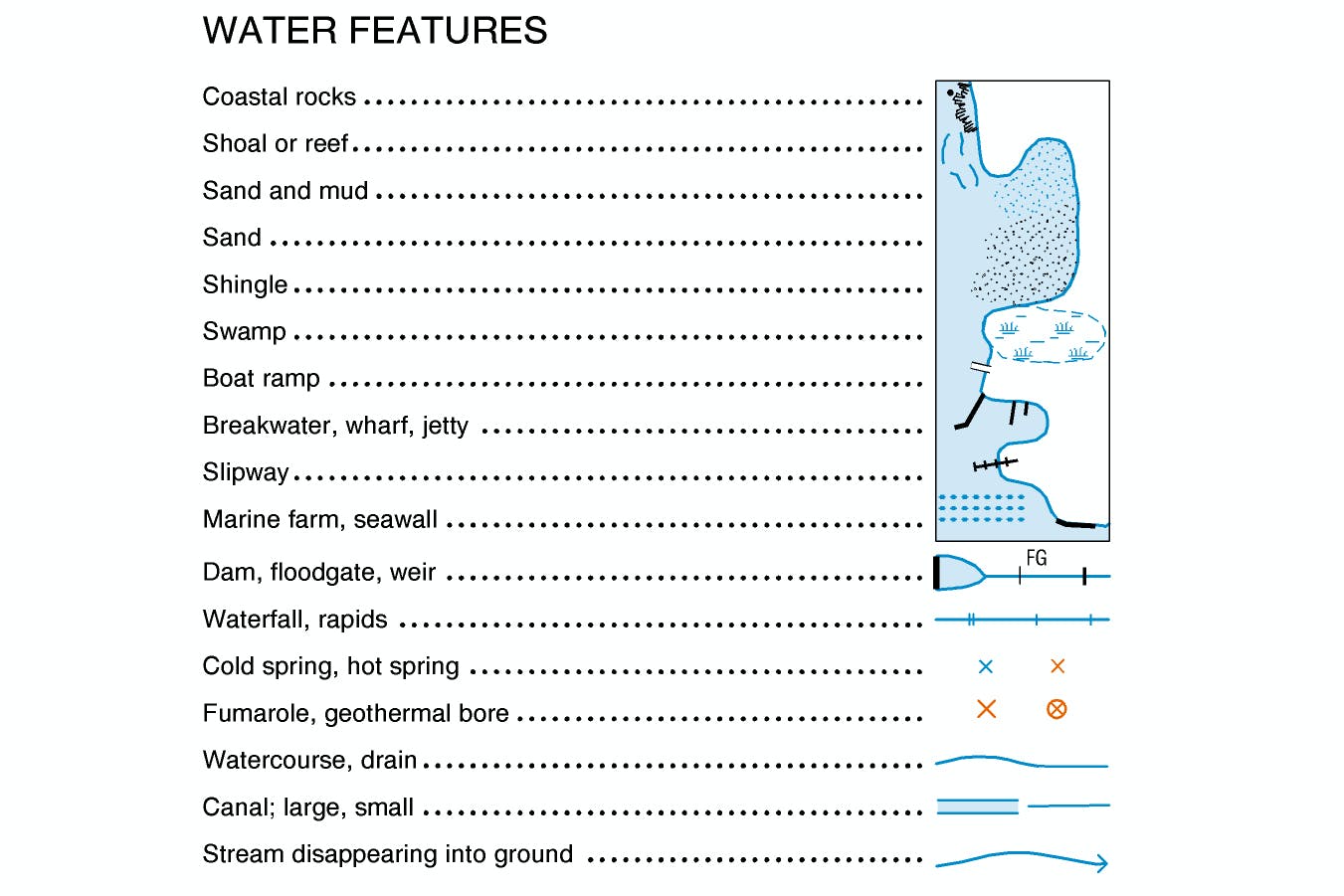 Vegetation is indicated in green with variations to indicate native and exotic forest, scrub, trees and plantations. White or grey areas indicate a lack of vegetation, such as areas above the bushline, riverbeds or farmland. 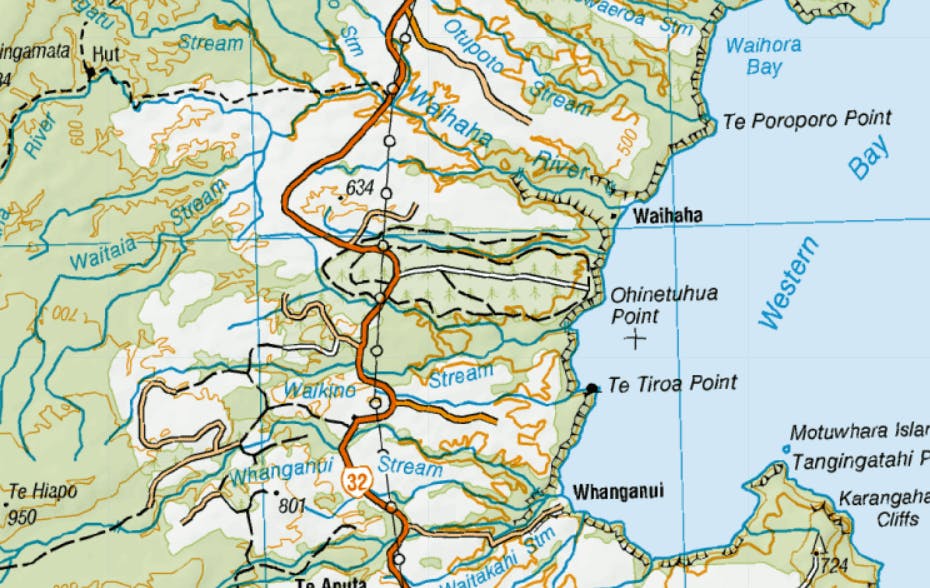 A small square indicates a building. This can be anything from a hut, toilet, shelter, house or woolshed. A hut or building may be named. A black triangle indicates a trig station. This may have a beacon which will be shown by an identification code such as DRG4 written beside the symbol.

Topo 50 maps can be downloaded free from Land Information NZ.
The more you use maps, the more familiar you will become with them. Study them before you go for a walk, take them with you and keep them at hand. Practise using them on familiar ground and the features will come to life.

– Noel Bigwood is an instructor with Outdoor Training New Zealand