I used to own a Specialized stump jumper – a fairly serious downhill mountain bike: small wheel rims, sturdy frame, dropper seat, four pod brakes. Yep. A pedal bike. But then I bought an e-bike. My mates said I was a whimp. Worse, I felt like a coward, that at 70 I may have unconsciously accepted I just wasn’t up to the hard stuff anymore.

My wife Carolyn, a serious roadie, bought me the stump jumper three-plus years ago. I took to the downhill trails like a born-again kid. The Makara Peak, Wainuiomata, Porirua and Levin trails passed in a blur, then Rotorua, the Hauraki Plains, Timber Trail and finally the Old Ghost Road, and many others.

About 14 months ago I was battling a headwind in the Matukituki near Wanaka. Carolyn was almost out of sight ahead on her e-bike, bought after two hip operations. Stuff this, I thought, and after several serious conversations with Outdoor Sports in Wanaka, I bought a Specialized Levo.

I’m a tall, rangy character, not a natural bike rider. My brazen, calculating attitude far outstrips my technical abilities. The stump jumper with 27.5-inch wheel rims and light frame was great on tight corners and narrow trails; highly manoeuvrable, had a nice climbing gear ratio, was low to the ground (for falling off), and cheap to run.

I really loved the Rotorua trails – arguably some of the best in the world – and I quickly became proficient on grade 4 and okay on grade 5 (expert). But, and it’s a big but, I really had to work hard to get up some hills. The 12.5km climb out of the East Pelorus over the Maungatapu to Nelson was challenging. So was the climb out of the Buller Gorge to the top of Rocky Tor on the Old Ghost Road, the New Zealand classic. 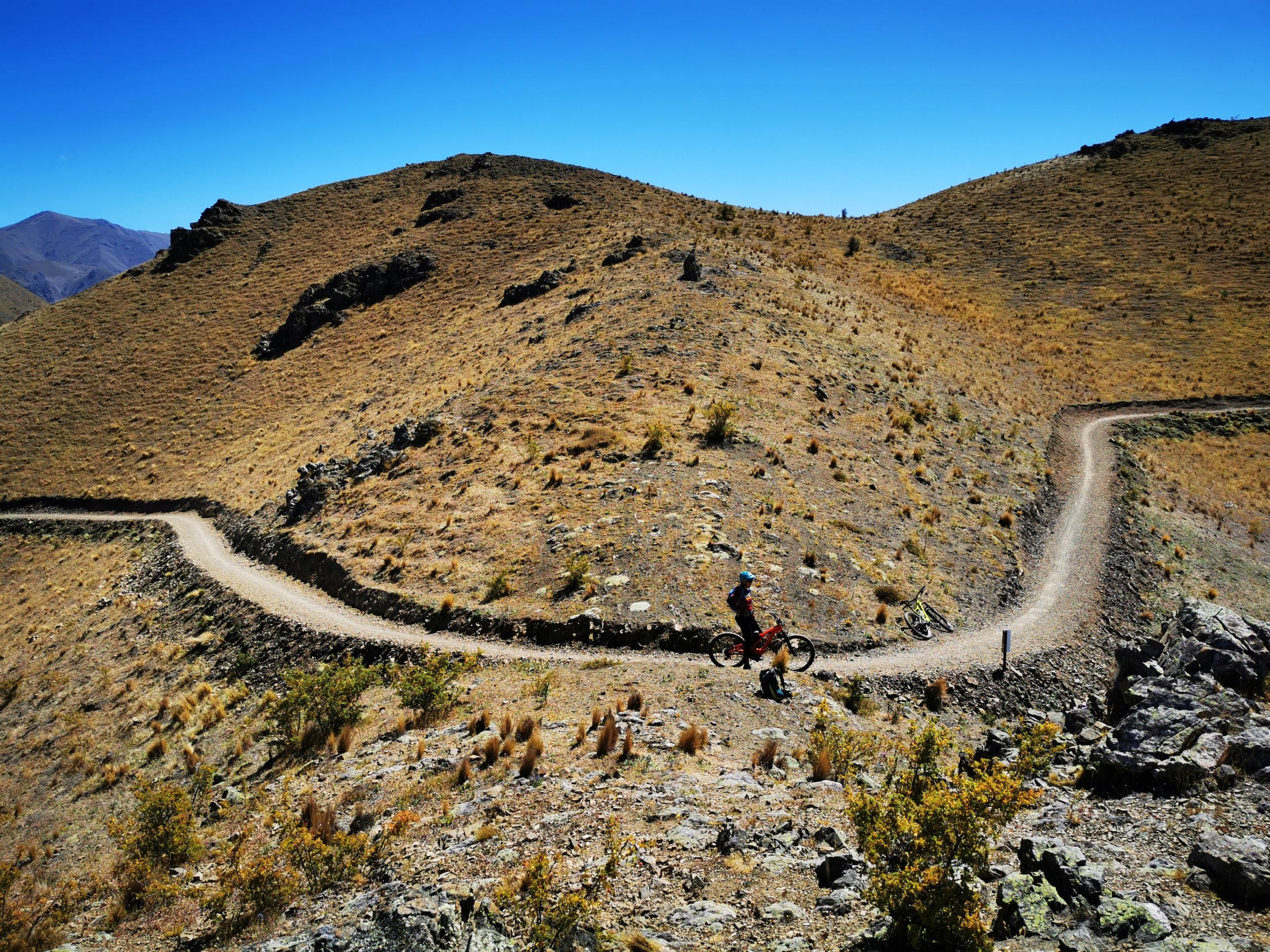 I’ve done around 5000km in the 14 months since buying the bike. Trails covered run from the more sedate Coast to Coast in Northland to the hard drops above Queenstown and those on Cardrona. Cross country trips include the Timber Trail west of Taupo (simply brilliant), the Wilderness Trail on the West Coast, and most of the trails around the McKenzie Basin.

I have lost some fitness by using an e-bike, but I now do two or three times the distance in half the time and finish the day without being totally stuffed. For instance, in Rotorua recently I did four black runs in three and a half hours. I might have done two on the pedal bike.

There are downsides. Serious e-mountain bikes are expensive. Mine cost $8000. The big surprise has been running costs. I’m about to install my fourth chain in 14 months at $110 a time, and my third cassette at $210. Brake pads cost between $31 and $55 a set, depending on where you buy and I’m on my fourth set. Then you need to service the suspension systems. This will match the cost of servicing your 4×4 diesel truck. I’m not kidding. A bike technician will claim I don’t clean the drive chain system enough. I do after every ride.

Then there is the issue of how many kilometres the battery will do, and how to re-power it. The Levo has three power-assist settings: eco, trail and boost. I have the 700-watt battery and on the factory setting (35% assist) I get up to 100km on broken ground on eco. I sometimes use trail on a protracted steep section, but rarely use boost. The latter is so powerful it will throw me off the back of the bike if I suddenly power up.

We use a 2kva portable petrol-driven generator to recharge our batteries because we travel with a caravan and accessing a 240-volt mains supply can be difficult. Recharging seems to take two to three hours. The same on 240 volts.

And the bikes are heavy at between 23kg and 25kg, so they are challenging to haul over fences and across swollen streams. Carolyn slipped into a monsoon drain once and suffered bad bruising when her bike fell on top of her.

I love my Levo. It’s strong, powerful, and a great all-rounder, and I’m having a lot of fun while accepting it has limitations. There are many multi-day unaided trails that I’m keen to do. Should I go back to a pedal bike?

I’m 70. Not a wimp or a coward. Just sensible. I’m hoping to win Lotto so I can buy one of the new lightweight e-bikes now coming on to the market. They look awesome.