Ruapehu locals may be forgiven for scratching their heads over new signs popping up on short walking tracks in the area.

One was spotted on the Mangawhero Track at the base of the Ohakune Mountain Road, and another on the Rotokawa boardwalk on the Blyth Track. One local tramper sent photos of the plaques to Wilderness, with the subject line ‘Someone’s having a laugh…’.

She said spotted the first sign on the Mangawhero Track a week ago. She later walked the Blyth Track and saw the second sign.

“It stuck out to me as the plaque is new and shiny but the seat is pretty old,” she said. “I walked past it initially, thought about it, and went back to check it out, and noticed the sign was utter nonsense – hilarious but nonsense – and it’s highly unlikely to have been put there by the Department of Conservation.” 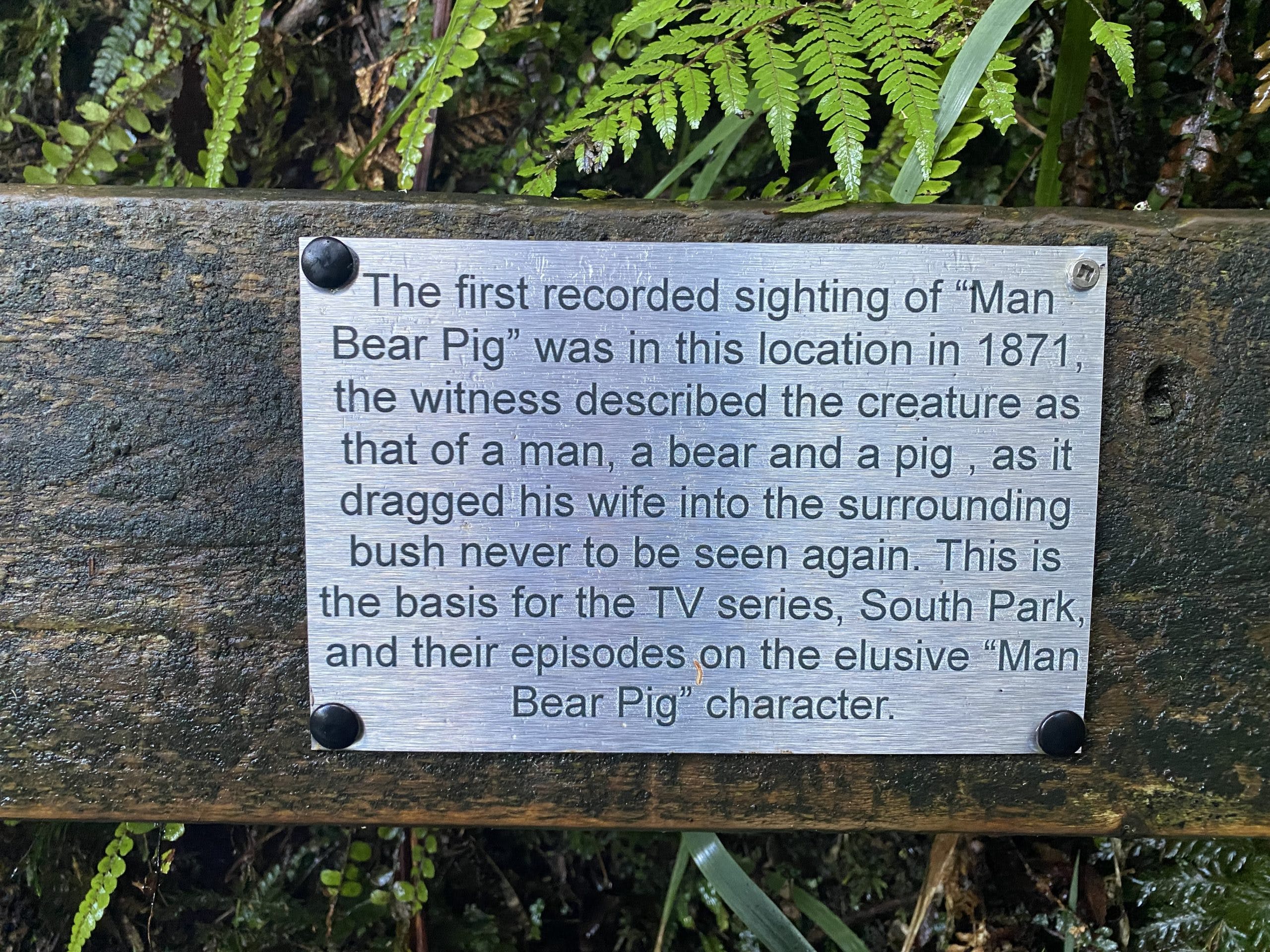 The sign reads: ‘The first recorded sighting of “Man Bear Pig” was in this location in 1871, the witness described the creature as that of a man, a bear and a pig , as it dragged his wife into the surrounding bush never to be seen again. This is the basis for the TV series, South Park, and their episodes on the elusive “Man Bear Pig” character.’

The sign found on the Blyth Track reads: ‘During the filming of James Cameron’s box office hit “The Titanic”, 1997, this location was not used, this is largely surmounted to the fact that the location is land based whereas the titanic sunk in the North Atlantic Sea, furthermore it is probable that this lcation was never a consderation for filming.’ 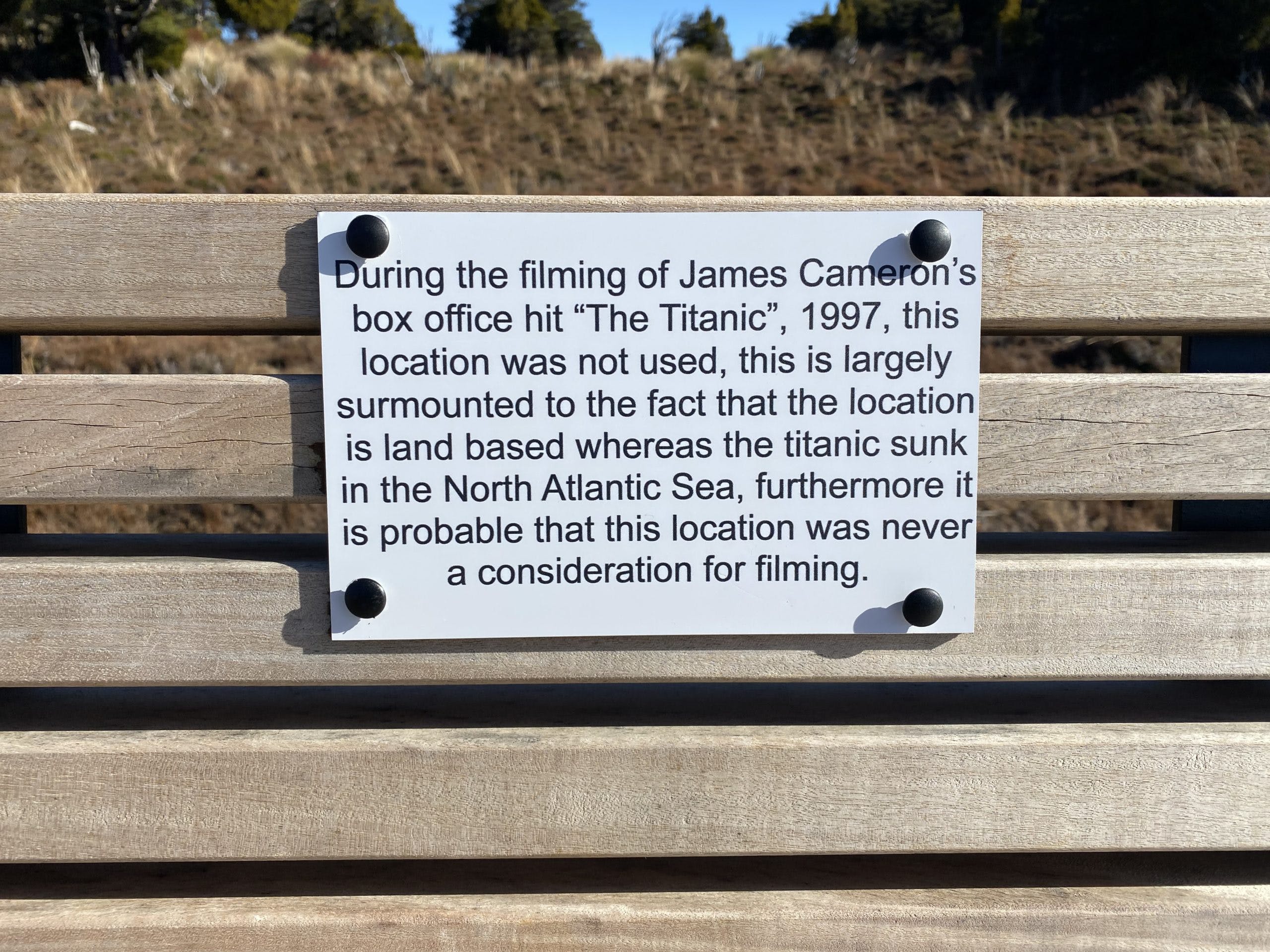 It’s true, The Titanic was not filmed on the Blyth Track in Tongariro National Park. Photo: Supplied

“I reckon one of the university tramping clubs is having a joke,” our reader says. “Although they need to brush up on their grammar a bit. So thanks to whoever is having a laugh, it made my day.”

Other trampers will have to get in quick to read the signs. Steve Brightwell, communications advisor for DOC Central North Island, said the Tongariro office was unaware of the signs.

“They are unauthorised and will therefore be removed.”