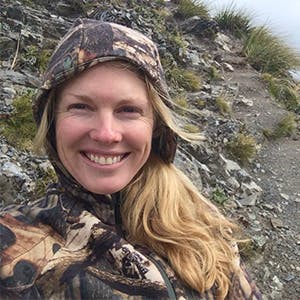 By ditching the car on some of your journeys, you’ll not only add to your Walk1200km distance, but you can help New Zealand meet its greenhouse gas emissions reduction targets

Many people walk because of the personal benefits, but walking is also good for the planet when it’s our mode of transport. Leaving the car at home and walking – to work, to school, to socialise – lowers your carbon footprint and has a positive impact on climate change.

Right now, the Government is working on an Emissions Reduction Plan that will help New Zealand meet its pledge under the 2015 Paris Agreement: to halve greenhouse gas emissions by 2030, reduce them to net-zero by 2050 and limit global warming to 1.5°C.

Transport is New Zealand’s second-largest greenhouse gas emitter. Some comes from freight; however, as a nation we’re hugely dependent on private car use. One of the plan’s goals is to reduce people’s reliance on cars and support walking, cycling and taking public transport so as to reduce Vehicle Kilometres Travelled (VKT) by 20 per cent by 2035.

Living Streets Aotearoa is New Zealand’s primary advocacy organisation for people on foot. Vice-president Tim Jones describes walking as a “very, very low form of carbon transport”. He says: “Walking requires some infrastructure, but not the billions of dollars for motorways. You don’t need a car, or even a bike. All you need is clothes and some decent footwear. It’s very inexpensive. It’s also an important part of many public transport journeys. Walking works well with other low-carbon modes of transport.”

In 2018, a cost-benefit study by Victoria University Wellington and the New Zealand Centre for Sustainable Cities measured the health and emissions gains from walking and cycling in New Plymouth and Masterton. By using odometer readings from vehicle licensing data plus a household travel survey, the study found a 1.6 per cent reduction in VKT and accordingly a 1 per cent reduction in emissions. Associate Professor Ralph Chapman said:   “An estimate of the reductions in transport-related carbon emissions showed that the carbon savings are modest compared with the health gains, but are nevertheless valuable as we transition to a low-carbon economy.”

Jones says increasing the number of people who walk won’t happen without promotion or better support by both     Government and local councils.

“A lot of that is about reducing barriers – things like safety fears, obstructed footpaths, poor lighting and unconnected networks.”

As an able-bodied person, he says these things can be a hindrance but for sight-impaired or other disabled people – or someone with kids in tow – they can be a serious barrier.

“Then it becomes a question of equity,” he says.

A low-carbon transport system requires rethinking how people move through public space. There’s no question walking has a role to play. So, the next time you need a little inspiration to put one foot in front of the other, remember the flow-on effect – it can be far-reaching.