A couple of Te Araroa Trail hikers have finally completed the 3000km walk after having to abandon the trail due to the Covid-19 lockdown.

Becca Rolon, from the US, and Diarmuid McInerney from Ireland walked the last 85km in one mammoth 27-hour stint, finishing on May 21.

“The last part of the hike is not very exciting, there’s a lot of road walking, so we decided to do it in one go to challenge ourselves,” Rolon explained.

In March, the couple walked 85km in just over 24 hours after discovering the country was heading into lockdown and were picked up by police on the trail. They were put up in Auckland by a ‘trail angel’ and drove back to Invercargill last week to finish, returning to where the police had picked them up two months earlier.

After an extended break from the trail, Rolon said the all-night hike was a big challenge.

“We were not in the same shape we were in. After 65km our bodies were done.”

But the couple finished the trail in style, wearing homemade ninja turtle costumes. 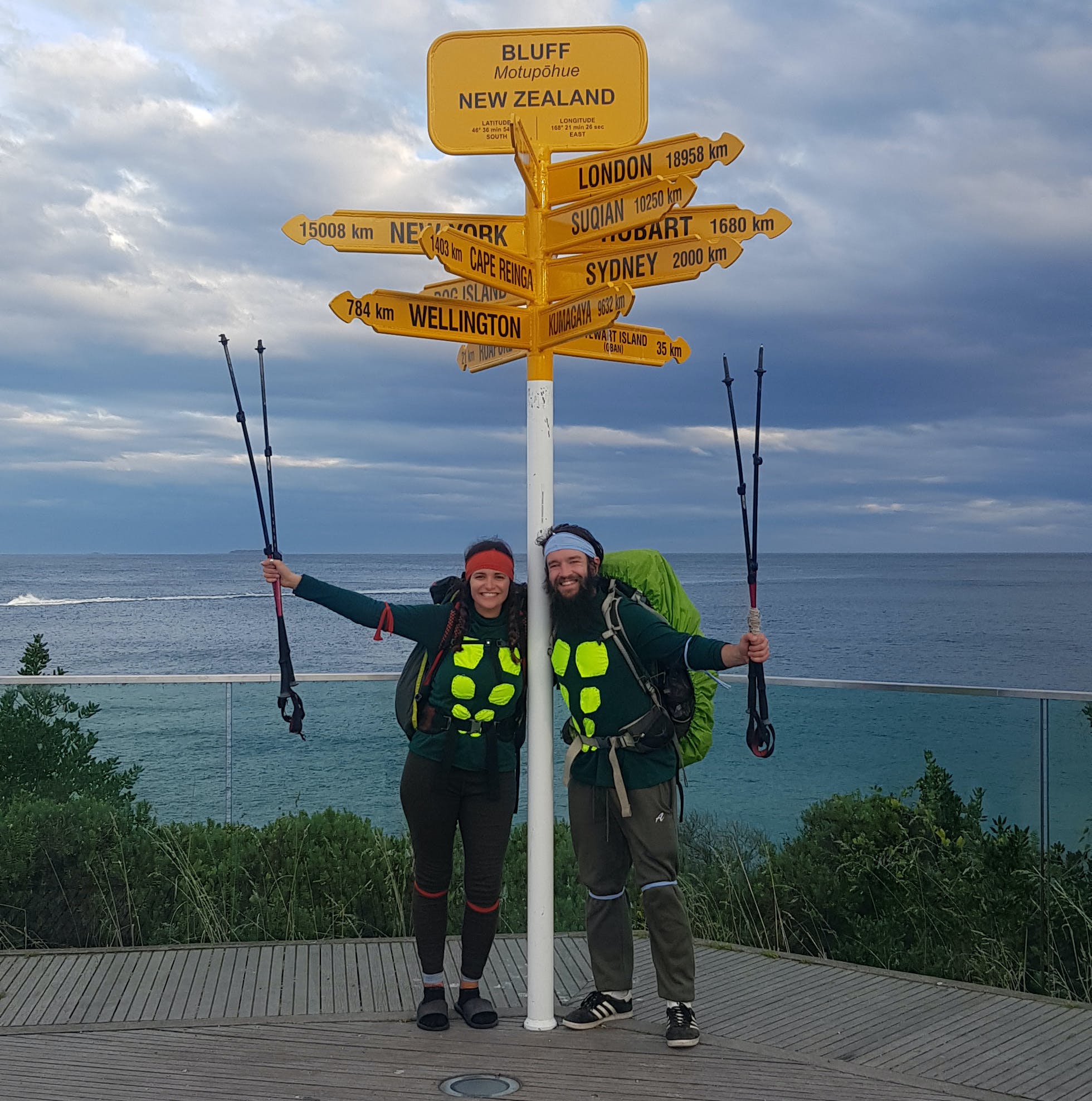 The pair wore homemade Ninja Turtle costumes on the final leg to Bluff.

“It took so long for us to hike the trail we always joked that we were turtles, so we thought it’d be fun.”

While Rolon said finishing was a bit of an anticlimax, the people at the Post Office in Bluff gave them free Te Araroa commemorative plaques after hearing their story, and seeing their fatigue. They also arranged for the couple to be driven back to Invercargill.

The couple also raised $530 for Wellington Women’s Refuge, live streaming the end of the hike on Facebook.

They are now trying to find jobs in Wellington for the remainder of their one-year working holiday visa, an anxious prospect as the couple is currently unable to return to the US together as McInerney is Irish and visa restrictions have tightened due to Covid-19.