Six iconic Te Araroa Trail locations have been immortalised on postage stamps, with the release of an NZ Post stamp series celebrating some of the stunning locations found along New Zealand’s national walking trail.

The stamps feature photos that will bring back fond memories for anyone who has walked the 3000km trail from Cape Reinga to Bluff.

The North Island locations shown on the new stamps are Ninety Mile Beach in Northland, Karamu Walkway in Waikato, and the Tongariro Alpine Crossing. The South Island stamps depict Nelson Lakes, Stag Saddle in Canterbury, and Lake Hawea in Otago.

Te Araroa Trust chief executive Mark Weatherall said it was “humbling” to see the trail appear on the stamps.

“They say you’ve made it if you’re on a postage stamp, so this is a great honour for Te Araroa Trail,” he said. “We were thrilled to be approached about this new series and we’ve enjoyed working with NZ Post to suggest featured locations and provide information about different trail sections.”

Their release comes in the lead-up to the start of the 2018-2019 walking season, which begins on October 1.

In the 2018-2019 season more than 1100 people walked the length of Te Araroa trail. Tens of thousands more walked individual sections after work, during the weekends, and in their holidays.

Here are the stamps in the Te Araroa Trail series. 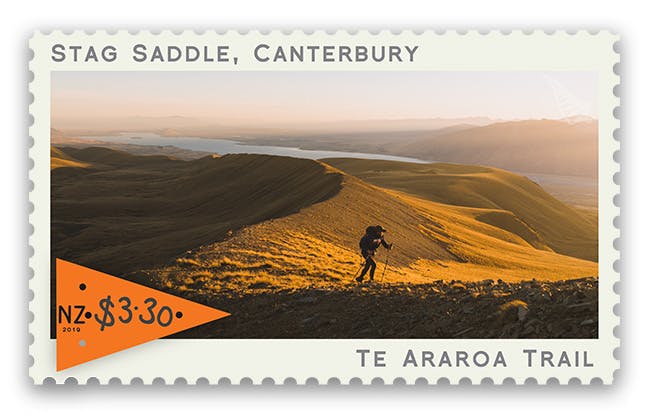 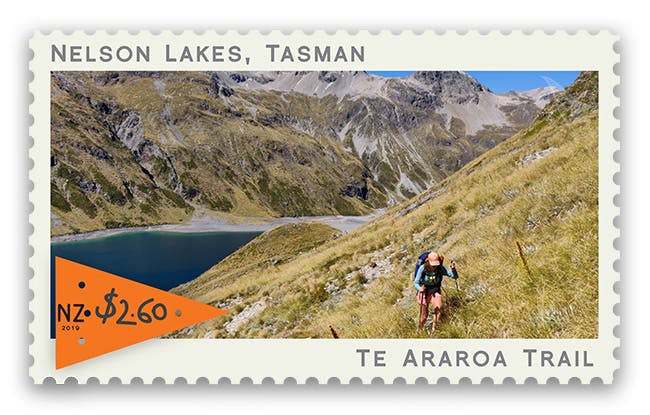 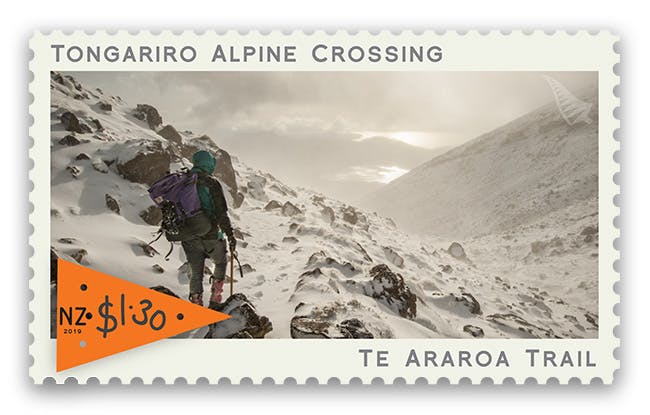 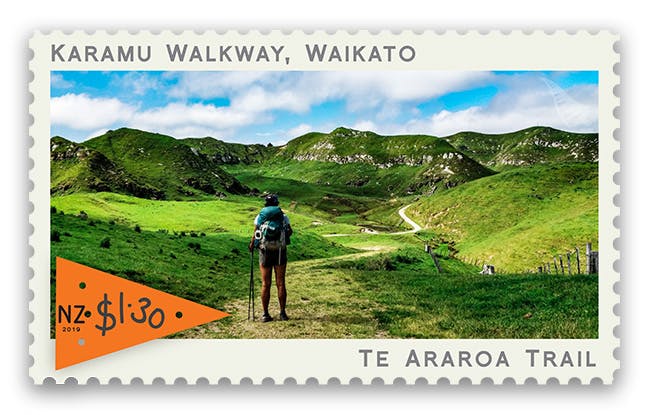 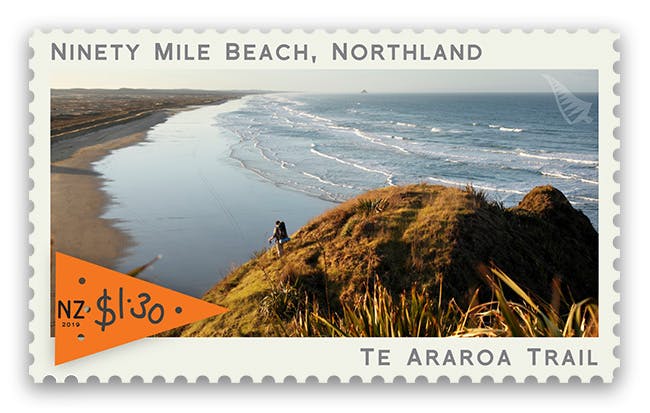