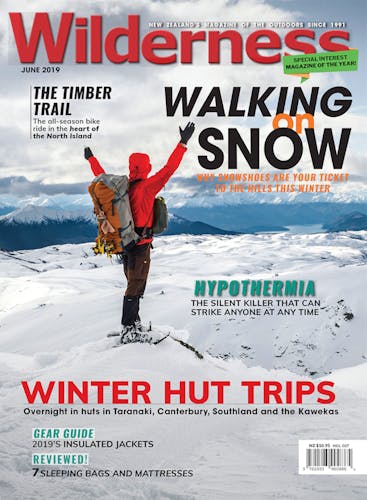 Read more from the
June 2019 Issue

Read more from the
June 2019 Issue

The Skylark is often confused or mistaken for the pipit, however, it can be identified by its crest or tuft on the top of its head which stands erect when the bird is alarmed.

Features
The skylark/kaireka is about the same size as a common house sparrow although more finely featured. Its average length and weight is 18cm and 38g. The bird is two-toned with off-white underparts and brown and white streaked or mottled colour on the rest of the body. The legs and feet are pink with a long and slightly curved hind toe.

Nesting
Nesting occurs between September and January and a breeding pair may produce up to three clutches in a single season. The nest is a simple but neat grass-lined cup built on the ground, often within or beneath an overhanging clump of grass. The female completes this job on her own and also does all of the incubating. The male helps feed the nestlings. Young skylarks fledge at 20 days.

Nothing is more synonymous with summer than the sound of a skylark singing its heart out as it soars and floats on hot summer thermals. They can be found and located easily and much more readily by their frequent summer song than at other times of the year. Favourite habitats are generally open farmland, tussock areas, dunes and fields.

Diet
Skylarks eat mostly seeds, especially those of grasses but including cereals, clover and some weeds. A small part of their diet is made up of invertebrates such as beetles, flies, spiders, bugs and larvae of various types. These latter types of protein foods are fed to the chicks early in their lives.

Call
The kaireka is known for its vibrant and beautiful aerial song which quickly reveals its presence. These same musical notes have inspired poets and musicians for centuries. Their call consists of many chirps, trills and whistles which rise and fall rhythmically, and it’s usually given during an aerial display 30-100m above the ground. Males will also sing a shorter version from elevated perches such as fence posts or bushes.

Territorial males perform distinctive aerial displays at up to 100m above the ground, where they hover or circle slowly, singing continuously for 3-5 minutes. They will then suddenly parachute down with wings and tails held out stiffly, still singing, ending with a steep dive towards the ground for the last 15m or so.