A pair of kea, a native parrot most often associated with alpine environments, have been spotted at Ross Beach, south of Hokitika on the West Coast.

The two juvenile kea were spotted playing on a tree stump by a Ross local.
Nicole Kunzmann, Department of Conservation Hokitika operations manager, said while kea are most often seen at higher altitudes, it is natural for them to visit the coast.

“We know kea frequent the coast in Fiordland at Waitutu and Milford Sound, and also in Abel Tasman,” she said. “We have even had reports of kea going out to fishing boats off Golden Bay.

“The kea seen near Ross Beach are juveniles that have left the nest and are exploring the world. Young kea are very inquisitive and curious and we have had reports that they are exploring around Ross township.

“For some people, this will be a source of delight, but for others, kea living in the area may pose some frustrations.

“They may be attracted to property in the area because they like something there – a yard full of vehicles or a prominent tree to roost in. Young kea, like young humans will get bored and hungry and eventually move on if they find nothing to eat or play with. 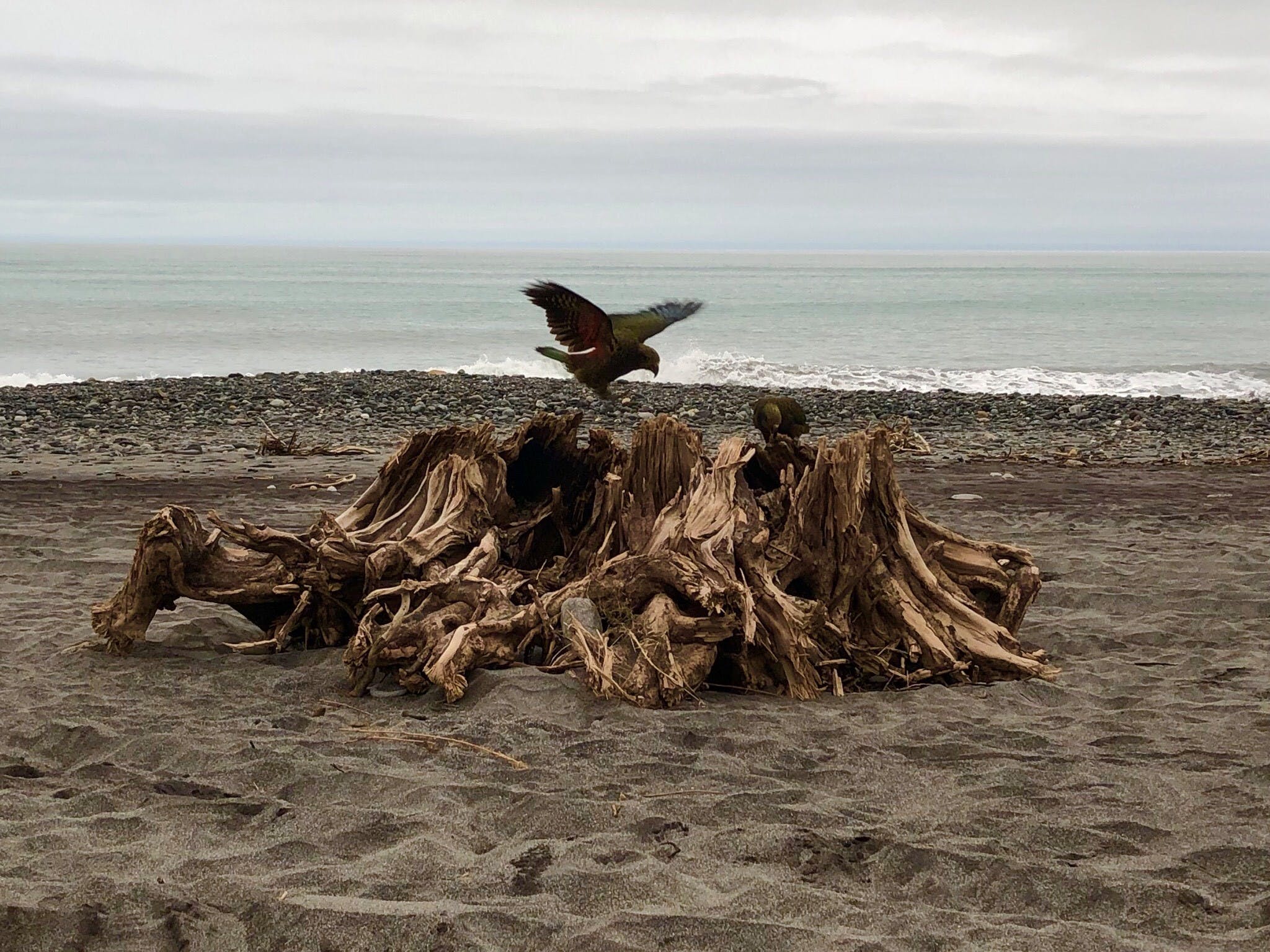 “It’s really important that kea don’t learn that humans and their property are fun and a source of food.”

Kunzmann said people should contact the Kea Conservation Trust for advice on ways to make things unattractive to kea.

“At one mine-site, a garden sprinkler proved to be a useful deterrent to kea that were posing a problem for the machinery there,” she said.

Kea are a threatened endemic bird. They are fully protected under the Wildlife Act, and it is an offence to harm them. Juvenile kea have a yellow coloring around their eyes and above their bill.

How to protect your gear from kea

Follow these guidelines if you have kea interfering with your belongings and equipment: