A public trust has bought a 710ha coastal farm in Northland and hopes to create a multiday walk which it says could rival both Milford and Routeburn tracks.

The NZ Herald reports the Ipipiri Nature Conservancy Trust has raised more than $6m to purchase the farm at Elliot Bay. The sale was finalised last week, with a cornerstone donation from the Next Foundation, but the trust still has to raise a further $2m over the next two years to complete the deal.

According to the trust’s website, the land is in the Bay of Islands, near the base of the Cape Brett peninsula, and includes 510ha of native bush and 200ha of farmland. The trust says it provides a critical link between the Cape Brett Track, Whangamumu Track and Russell Forest and a multiday track could be created, including new lodges and huts. 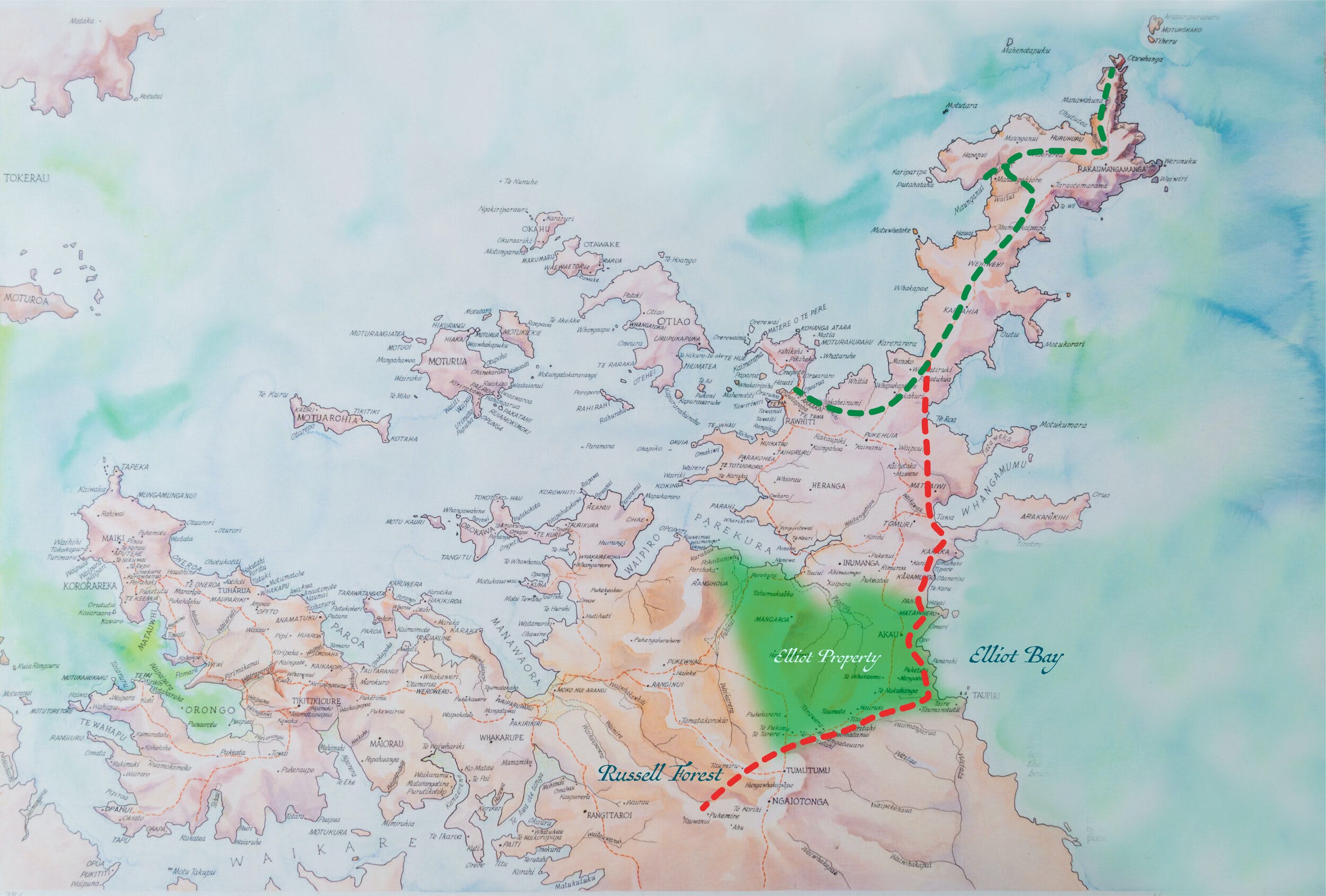 Stuff reports that the track missed out because public access could not be guaranteed due to a lack of agreement from private landowners – about 20 per cent of the track is on private land. Businesses on the track are now reluctant to invest further in developing and marketing it without an agreement with landowners. The Marlborough District Council has now agreed to investigate a way forward.

Thousands of skiers and trampers have signed a petition calling for the NZ Transport Agency (NZTA) to back down from a new policy to close the road over Arthur’s Pass and Porter’s Pass when it snows.

Previously motorists could use the road when it snowed if they fitted chains, but Stuff reports the roads would now be closed until the roads had been gritted or cleared of ice.

Newsroom reports the roads provide access to five ski fields (Porters, Mt Cheeseman, Broken River, Craigieburn and Temple Basin) and ski field managers are concerned the rules will mean people could be trapped at fields following snow, or blocked from driving up on powder days.

But NZTA told Snow Action the policy had been trialled on Lewis Pass since 2017 and contractors could clear the road more quickly if there were no vehicles on it. It said the roads were typically only closed for less than four hours, four to six times a year.

Despite the country being locked down and having tramping prevented from April and much of May, there were still 31 tramping injuries recorded in the Queenstown Lakes District, according to ACC.

The Otago Daily Times reports that it still represented a significant drop in numbers –  there were 60 tramping related claims in the same period last year. There were also 27 mountain biking claims in April and May this year.

Meanwhile, Stuff reports medical centres in the region are struggling due to the lack of adventure-related accidents. The drop in visitors had halved the income of some practices in the region and many were at breaking point.

DOC has already employed 340 people on conservation projects as part of a programme to give jobs to those affected by the Covid downturn. The jobs involve a range of conservation work including improving walking tracks, fencing, trapping and removing wilding pines.

The department has been allocated more than $500 million to employ 6000 people in ‘nature jobs’ over the next four years.

DOC is working with hunting groups to give away 18,000kg of wild venison as part of a deer cull in Fiordland. The department is working with the Fiordland Wapiti Foundation to remove 600 animals from the park by the end of July, which will be processed into 1kg packs of mincemeat which will go to food banks and families in need.

The project is jointly funded by DOC and the Fiordland Wapiti Foundation and administered by the Game Animal Council.

For when the world reopens and Covid-19 is but a memory, Italy is planning a 7000km hiking trail linking its 25 national parks, running the length of the country. The Evening Standard reports the trail will run through the Dolomites and along the Alps to the Cinque Terre, down the Apennine Mountains and on to Sicily. The government will invest $61.5m in the project over the next decade, but no opening date has been set.

Where the wild things are

A new map shows the places around the world still free from the impact of humans, National Geographic reports.

Researchers looked at elements including human population, infrastructure, lights and pastureland and found 35 per cent of the Earth had ‘low human impact’ – mostly deserts, mountains and arctic tundra (of course, New Zealand is obscured, squeezed into the edge of the map). The map could be used as a basis to protect half of the globe for nature.

Calls for more diversity in the backcountry

As hundreds of thousands of people protest against racial discrimination around the world, a former employee of outdoors company The North Face says the outdoor industry needs to be more inclusive.

Outdoor industry publication SNEWS has published an interesting opinion piece by James Edward Mills saying the industry has long ignored the black community and helped create a perception that outdoor recreation is mainly for white people.