An Outside magazine writer reckons he has found the perfect underwear for the backcountry, and his choice might surprise you.

Writer Wes Wiler admits to struggling to the right underwear for his active lifestyle. He says even with the help of an elastic thread woven into merino underwear, every pair of merino wool undies he’s ever worn has gotten stretched out after only a day’s wear, causing it to lose its ability to provide support and creating uncomfortable bunches when worn under tight clothing or a climbing harness.

He writes that most synthetic materials that underwear might be made from are very good at wicking moisture, but quickly become breeding grounds for the bacteria in all that sweat. And that makes them smell terrible after even a single day of use.

After hearing a story about Guantanamo Prison inmates smuggling Speedos into their cells to wear in the ever-damp conditions, Siler thought he ought to try them himself.

“The next time I went backpacking, I wore [a pair], didn’t pack anything else, and came home days later with a happy crotch,” he writes.

“Speedos are made from spandex. As you’re undoubtedly aware, that material is hugely stretchy, very strong, breathes reasonably well, and dries out almost instantaneously. Those merits are what make a Speedo the perfect performance underwear.”

“An official Dark Sky Park in Fiordland would complement that and enhance promotion of the wider Southland region as a top night sky observation destination.”

Great South Southland Regional Development Agency has been working with the Fiordland community and stakeholders to progress the application.

Regan Ranby posted a video of his successful trap to a public farming group, where it garnered a lot of attention.

“Grab an empty soft drink bottle, cut the top off and push the top bit upside down inside the bottom,” he wrote on the page.

“Then fill about half of the bottom bit with ginger beer. I was hoping for three or four, but there must be like 50 in there.”

The population in Wangapeka-Fyfe Security Site has surpassed the targeted 50 pairs and climbed to 79 pairs after 18 years of predator control.

“It’s a huge milestone to not only achieve but exceed our goal of 50 pairs,” DOC ranger Kate Steffens said.

“We have put our heart and soul into the project and while getting to 79 pairs is an achievement for whio, it’s also a highly rewarding achievement for all of us who have worked to protect the whio and grow their numbers.” 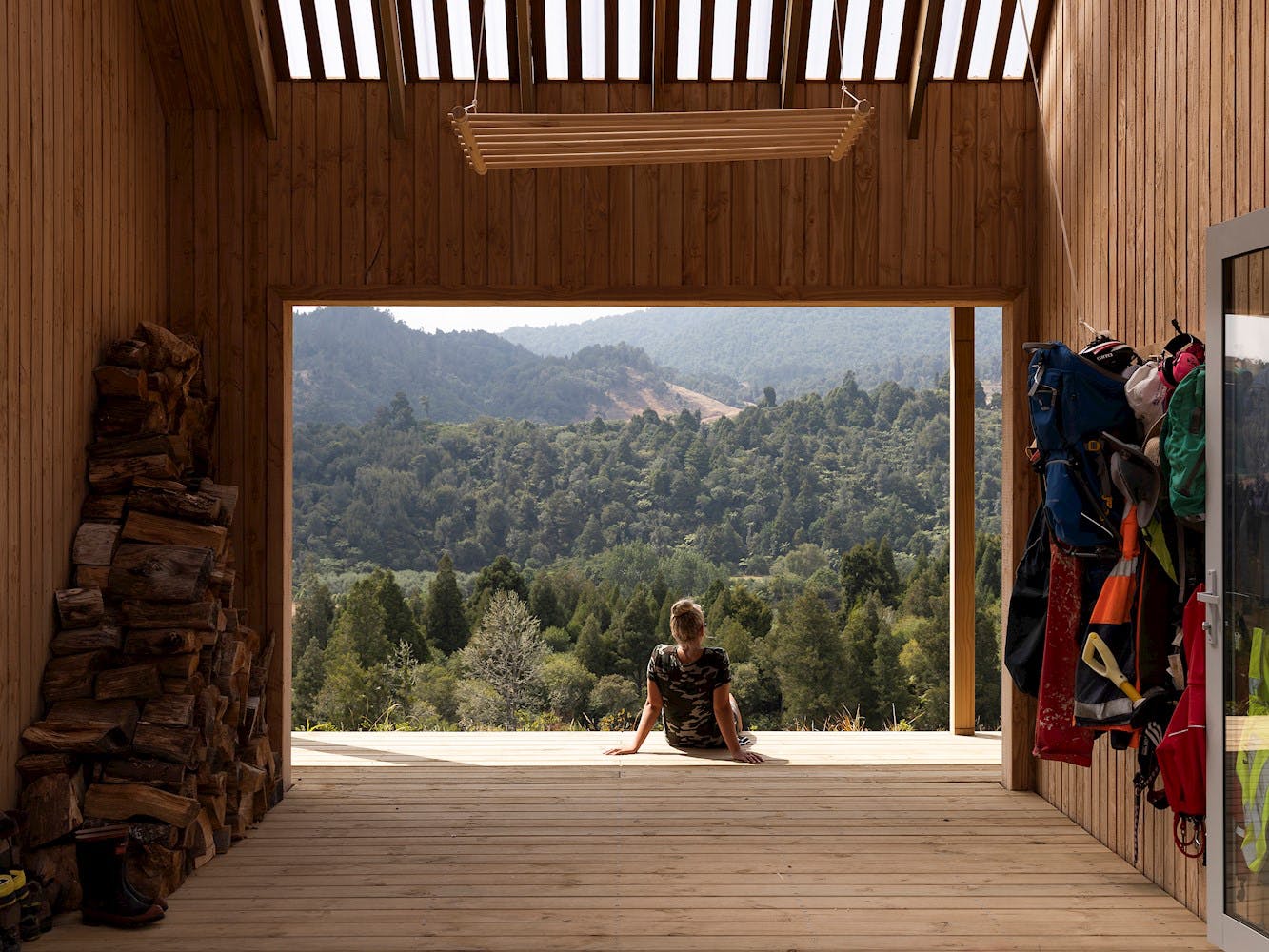 The house even has a sheltered entrance for boots, coats and packs. Photo: David Straight

Designed by Make Architects NZ, the home was assembled in four days on a property near the Kaimai Mamaku Forest Park, Stuff reports.

Architects said the home was a rebellion against wasteful builds.

“This farmland home reminds us of the essence of living simply, the importance of our environment and quiet family moments,” they said.

Read the full story – and see the home – here.

Four disintegrating car wrecks have been lifted from the Whanganui River in a week-long police operation.

The job, which doubled as a training exercise for Police National Dive Squad members, was about cleaning up the river.

“The river is a spiritual and physical entity that is integral to and sustains the well-being of our communities. As police we share a community responsibility to uphold the health and wellbeing of the awa,” Whanganui area commander Nigel Allan said.